J.B. Hunt Transport Services (CCJ Top 250, No. 3) and BNSF Railway Company are launching a joint effort to substantially improve capacity in the intermodal marketplace while also meeting the expanding needs of current customers.

Demand for intermodal services has grown significantly in recent years as companies look to secure capacity, while reducing costs and their carbon footprint. Based on current and projected trends, J.B. Hunt plans to grow its intermodal fleet to as many as 150,000 containers in the next three to five years, a 40+% increase from its count at the end of 2021. The company has completed more than four million intermodal loads since 2020.

“Over the past few years, intermodal has been disrupted by increased demand and tight capacity, resulting in poor container velocity and long dwell times,” said John Roberts, president and CEO of J.B. Hunt. “Together, J.B. Hunt and BNSF will enhance their work to bring back the consistency and reliability customers expect with intermodal services and further embrace intermodal conversion and transloading services. This priority falls directly in line with J.B. Hunt’s mission statement to create the most efficient transportation network in North America.”

Looking forward and as part of the initiative, BNSF will increase capability at multiple intermodal facilities. To further integrate its joint service product with J.B. Hunt, BNSF is providing several property locations around intermodal hubs in Southern California, Chicago, and other key markets to increase efficiency at terminals. Additionally, BNSF will bolster its railcar equipment to accommodate the anticipated increase in container capacity, which will support efficient throughput and strong service performance.

In addition to growing its container count, J.B. Hunt will add supporting chassis based on market need. Over the years, both companies have invested billions of dollars to ensure intermodal’s ability to grow with customers and meet the increasing demand for intermodal services.

East Manufacturing announced Wednesday its life-long CEO, co-founder and co-owner Howard D. Booher, has died. Booher passed away March 14 in his home in Randolph, Ohio, surrounded by his family.

Booher co-founded East in 1968 with Mark Tate and Robert Bruce, and served as CEO for 54 years. He co-owned the company alongside Bruce, who recently became CEO.

“Words cannot express the loss of our friend and colleague,” said Bruce. “Howard made an impact in the lives of not only his family but his employees, vendors and customers. We will miss his leadership and technical and engineering expertise. Our thoughts and prayers are with his family.”

“As a determined and passionate leader, Howard loved East and all its employees and customers with all his heart,” said Senior Vice President of Operations Gary Brown, 42-year employee of East and friend of Booher. “A man of honesty and integrity, Howard was dedicated to his family and the company.”

In 1968, Booher went from dairy farm to trailer manufacturer, when he began East. Booher would tell you that East was named for the East Ohio area where it is still located today. And, according to Booher, the name East was “short and sweet.” Booher was proud of East’s accomplishments with the aluminum dump trailer, including a truck dump body manufactured in 1970. While at the company, Booher designed its first Sludge Pusher Trailer in 1978 and Refuse Transfer Pusher Trailer in 1980.

As the company progressed, East brought the first aluminum flatbed, the BST, to market in 1982. The next year, Booher was successful in building one of the first Walking Floor Refuse Transfer trailers in 1983. By 1990, the first drop deck came on the scene followed by the MMX flatbed trailer in 2002.

Just this past week at the Technology & Maintenance Council, East introduced its newest trailer, the Horizon Round Bottom trailer. “It’s one of the most beautiful trailers we’ve ever built,” said Booher upon seeing the trailer’s first prototype.

Throughout his 54 years with East, Booher saw it through 20 expansions from its initial 7,200-sq-ft headquarters, built in 1968, to more than 127 acres with 450,000-sq-ft of manufacturing and building space today. From its original 10 employees in 1968, under Booher’s leadership East now employs more than 500 employees.

“Needless to say, we will all miss Howard so very much,” said Bruce. “Under his guidance, East has evolved from a small manufacturing company to one of the largest suppliers of aluminum trailers in North America.”

Roadrunner (CCJ Top 250, No. 99) has increased driver pay for the second time in 2022. The new compensation and incentive structure took effect March 14.

The new pay and incentive upgrades include:

"We're increasing our rates in more than 60% of our lanes by an average of 12 cents per mile," said Scott Ware, Senior Vice President of Operations and Linehaul for Roadrunner. "We continue to increase pay in our lanes across the board. We recognize the value our drivers deliver every single day, which is why we've implemented this second increase of 2022.”

Roadrunner also offers $10,000 signing bonuses to solo owner-operators with their own equipment, an additional bonus for team owner-operators, and $5,000 referral bonuses for existing drivers who bring new drivers into the organization, each paid over six months.

Roadrunner's ongoing transformation also includes a brand update, with the company revealing a new logo. The orange-and-black logo signifies Roadrunner's dedication to reinvention and pays homage to the swift bird that inspires its name, the company said. 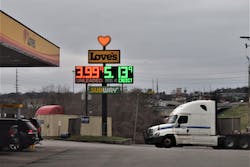 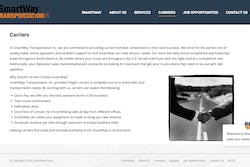 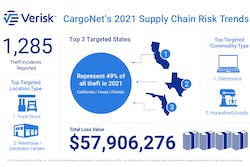 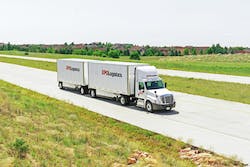