The national average for a gallon of on-highway diesel is below $5 for the first time since early March, according to the latest weekly update from the Department of Energy’s Energy Information Administration.

The bottom has fallen out with diesel prices since late June, as they have fallen 81.7 cents over the last seven weeks from diesel’s peak of $5.81 during the week ending June 20.

Prices during the most recent week fell in all regions, with the most significant decrease being seen in the West Coast less California region, where prices fell by 17.5 cents, followed by California, which saw a 16.9-cent decrease.

The nation’s most expensive diesel is still in California at $6.10 per gallon, followed by the Central Atlantic region at $5.38 per gallon.

ProMiles’ numbers during the same week saw fuel prices fall by 8 cents, bringing its national average to $5.13 per gallon.

FedEx Freight announced this week the opening of a new, 218-door facility in Phoenix, Arizona, earlier this summer.

“The continued growth in the Phoenix market coupled with our expanded footprint with additional doors provides us the much-needed capacity to meet the growing demand,” said Scott Doleman, regional vice president.

The company said the facility is perfectly positioned to take on the growing Phoenix market, and also brought FedEx Freight’s door count to almost 26,000 this year.

“We’re talking about more than adding buildings or square footage,” said Lance Moll, FedEx Freight President and CEO. “This is about strategically planning capacity increases to better serve our customers in growing markets.”

FedEx Freight regularly evaluates opportunities to invest in capacity growth through door and yard expansions and fleet maintenance shop footprints. Additional focuses include continually evaluating the network based on changing market conditions and maximizing the use of existing assets, such as collaboration within the FedEx enterprise network to reduce empty miles and provide peak support.

The acquisition of Pixior and its seven locations along the West Coast and one in Connecticut brings in-house to SEKO ecommerce capabilities in the West Coast market, including high-touch value-added fulfillment services that provide a customized brand experience to client customers. It also nearly doubles SEKO’s fulfillment and warehouse space in the U.S. and triples SEKO’s existing West Coast space capacity. In addition, SEKO adds Pixior’s drayage business to increase the speed and efficiency of its port discharge services.

“With the acquisition of Pixior, we crystallize our industry leadership in end-to-end logistics solutions and take a significant leap forward in our fulfillment capabilities in the U.S.,” said James Gagne, CEO of SEKO Logistics. “We are operating on a strong growth trajectory and looking for opportunities that allow the company to continue to move at the speed of commerce from anywhere in the world."

Following the sale, Yassine Amallal will remain CEO of the business unit, which will be renamed SEKO Ecommerce Fulfillment.

“Our electrified portfolio has expanded significantly, and by 2023 Thermo King will have a low or zero-emission solution in every segment of cold chain transportation,” said Chris Tanaka, vice president of product management for Thermo King Americas. “Today’s announcement is one of the ways we are accelerating solutions for customers, particularly in California, who need immediate solutions and help to reach their zero-emission targets.”

This incentive project helps customers finance their switch to zero-emission tech by Dec. 31, 2029, as required by CARB. CARB states that owners are required to turn over at least 15% of their truck TRU fleet operating in California to zero-emission technology each year beginning in 2023. 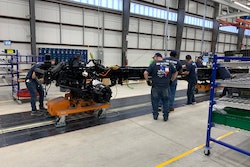 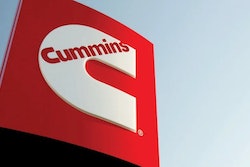 Cummins closes $3.7B deal for Meritor 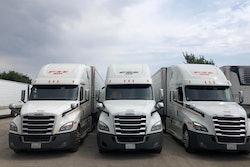 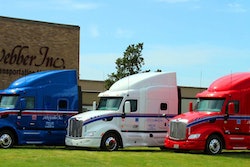