Donald Broughton will provide an economic overview of trucking conditions and a forecast for the coming year at CCJ's upcoming Solutions Summit, "Shifting the driver paradigm: Winning with equipment, technology and culture," in Chandler, Arizona, Nov. 30 - Dec. 2 at the Sheraton Grand at Wild Horse Pass.

Broughton, principal and managing partner of Broughton Capital, LLC, is no stranger to CCJ's semi-annual meetings, and his unique and humorous take on current events are often event highlights. He most recently spoke early last year during a virtual event where he discussed the then-upcoming presidential election, the political climate and forecast economic recovery from the pandemic.

When Broughton originally spoke in late May 2020, every U.S. state had already declared a state of emergency and, with the exception of Arkansas, Iowa, Nebraska and North Dakota, the U.S. was under some form of stay-at-home mandate. The stock market was barely a month removed from a three-month slide and much of the country had just received their first round of stimulus payments.

Toilet paper was back on store shelves (for the most part) and the infusion of cash pushed many consumers back to the marketplace (mostly the online marketplace) for goods, leading to an uneven recovery depending on which segments carriers serviced. We might not have realized it at the time, but consumer habits would forever be changed, taking companies servicing those segments along for the ride.

So, just how did Broughton's forecast 18-months ago stack up against the reality?

“Some companies will explode, Amazon for example, and other companies will become the buggy whip manufacturer. The overall [recovery] is going to be extraordinarily dynamic, and as it happens it will be companies that use technology to create solutions that win.”

Broughton was bullish on the economy due to then-low interest rates, low inflation and a continued return to domestic manufacturing. Interest rates are still low but inflation is now at its highest point in 30 years. The shift to on-shore manufacturing has turned out to be a non-issue in many segments as a generational supply chain crisis has tied up domestic goods and imports.

Technology enabled companies, like restaurants and non-essential retail, to survive a devastating downturn in business while many who were slow to embrace it closed for good – or didn't make their buggy whips for very long. Social distancing guidelines, either federally mandated or promoted at the business level, also forced a transition away from legacy paperwork that had been part of trucking for generations, and the shift to electronic bills of lading and e-signatures was fully underway.

Amazon certainly was a winner in the pandemic with revenues soaring over 30% in 2020 alone. Manufacturers of consumer packaged goods were also among the biggest winners. The growth rate in this segment dating back to 2016 had been less than 2% but ballooned almost 11% in 2020. Amazon's growth will likely be more sustained as the pandemic accelerated an ongoing shift to e-commerce by about a decade.

Verdict: He was right.

“Last-mile fulfillment is going to explode at a rate that is only going to be held back or contained by infrastructure capacity in warehousing, trailers and small delivery trucks."

Visit any of the major ports in the U.S. and you'll see about as many container ships floating offshore as the ocean can hold. A tidal wave of consumers, with stimulus checks and child tax credits in-hand, washed over retailers in search of everything from lumber to household appliances and everything in between. As a result, it's been nearly impossible to predict when carriers would receive new trucks and trailers for much of this year, and component and rubber shortages (and subsequent price increases) have sidelined existing equipment for extended periods and fleet expansion is at a standstill.

Social distancing made production difficult as employee headcount had to be reduced, and thanks to multiple rounds of government stimulus many of those affected employees never came back – or did so much later than they would have otherwise.

Last-mile fulfillment specifically is further complicated by a labor participation rate that's hovering at around 60%. If every fleet had every driver and every truck they need, there's not enough manpower available anywhere in the supply chain to handle it.

Verdict: He nailed it.

“Domestic ton miles will grow at an outsized pace for most modes. Transportation companies that can rise to the challenge have the opportunity to not only grow their top line but improve their operating margins.”

Practically every publicly traded carrier this year has reported record revenues each quarter, and with a robust spot market – flush with good rates and ample loads – carriers who run a smart business are reaping profits. In the worst of the pandemic, many carriers stuck in modes that were crippled by lock-down orders (like restaurant service, hospitality and events and petrochemical) pivoted their power units to more consumer-facing segments in their effort to "rise to the challenge."

According to American Trucking Associations, truck tonnage has been on an upward track since cratering in April 2020, with peaks and valleys along the way, but is still well off-pace from pre-pandemic levels. Year-to-date through September, compared with the same nine months in 2020, truck tonnage is unchanged.

Verdict: He was mostly right.

What will 2022 look like? Practically every economist agrees that 2022 should be a good year for motor carriers – at least through the first two quarters – but you can join CCJ later this month to get Broughton's insights into the trucking sector and details on what he sees as the biggest risks and opportunities that fleets face headed into the new year. 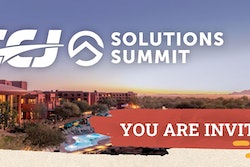 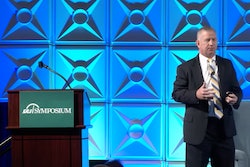 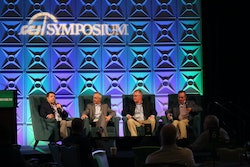