Peter Armbruster, the former chief financial officer of Roadrunner Transportation Systems (CCJ Top 250, No. 99), was sentenced Tuesday in the Eastern District of Wisconsin to 24 months in prison for his role in what the Department of Justice called "a complex securities and accounting fraud scheme."

According to court documents and evidence produced at trial, Armbruster facilitated Roadrunner's filing materially false financial statements with the SEC for the third quarter of 2016. Evidence presented at trial showed that Armbruster inflated Roadrunner’s reported income by misrepresenting the company's expenses, causing investors to lose tens of millions of dollars – upwards of more than $245 million in shareholder value – when Roadrunner eventually announced that it would restate previously filed financial statements.

The company overhauled its executive team after the discovery of the accounting discrepancies, including replacing Armbruster.

Assistant Attorney General Kenneth A. Polite Jr., of the Justice Department’s Criminal Division, said the sentence "reflects the serious harm an executive caused by deliberately misleading shareholders, auditors, and the general public about the financial health of a publicly traded company."

In March 2020, Roadrunner voluntarily delisted itself from the New York Stock Exchange, which freed it from reporting requirements to the SEC. Roadrunner, at the time, cited a low number of stockholders as well as legal and administrative costs associated with listing on the NYSE as cause for delisting. Roadrunner's stock now trades on the less-regulated OTC Markets Group.

Last year, Roadrunner sold off three of its truckload subsidiaries, leaving the company solely with its less-than-truckload operations. This followed the sell-off its intermodal, flatbed and warehousing businesses, as well as subsidiary Stagecoach Cartage, after reporting a net loss of $266 million in 2019. 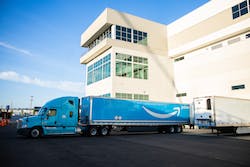 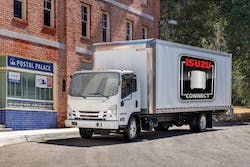 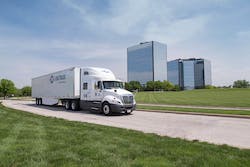 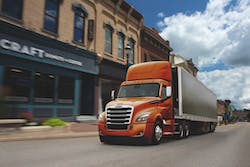