Trucks moved $69.2 billion worth of freight across the U.S. borders with Canada and Mexico in both directions in February, which is 16.3% higher than the $59.5 billion moved across borders during the same month a year ago, according to a U.S. DOT bulletin published April 20.

The increase in cross-border freight in February follows COVID vaccine mandates implemented for truck drivers in January entering the U.S. and Canada.

Computers and parts made up the largest share, monetarily, of freight moved across the borders by trucks at $12.9 billion, followed by electrical machinery at $10.5 billion, and vehicles and parts at $8.8 billion.

Truck freight made up the vast majority of freight moved across the borders in February. Compared to the $69.2 billion trucks moved during the month, rail moved $15.3 billion, followed by pipeline ($9.9 billion), vessel ($9 billion), and air ($4.2 billion).

Chandrika Brown and Aisha Thompson, both of New Orleans and defendants in the widespread staged-accident fraud scheme targeting trucking companies in Louisiana, have each been sentenced for their roles in the scheme.

Thompson, along with her co-defendants, Dewayne Coleman, Erica Lee Thompson, Donisha Lee, an unnamed passenger, and another individual, conspired to commit mail fraud in connection with a staged accident with the same co-defendant driver, occurring on Sept. 6, 2017. 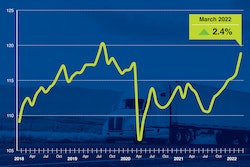 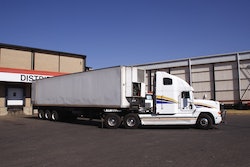 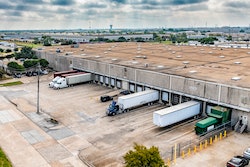 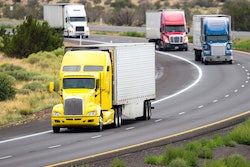