Reed spent nearly six years at the helm of the Van Buren, Arkansas, carrier, leading the turnaround of a struggling company that was acquired last September by German transportation firm DB Schenker – one of the largest logistics service providers in the world – for approximately $435 million.

Joining Kodiak Robotics is a full-circle moment of sorts for Reed, who has spent the majority of his career with either tech companies or trucking companies.

Prior to his role with USA Truck, Reed was Chief Financial Officer of Interstate Distributor Company, which was acquired by Heartland Express (No. 45) in 2017. He's also held senior finance positions for Intel, EMC, and T-Mobile, and was Division CFO for Chase’s wamu.com business. Reed holds an MBA in Finance from Brigham Young University.

“As the former CEO of USA Truck, James’ broad experience gives Kodiak an incredible advantage as we focus on accelerating growth,” said Don Burnette, founder and CEO of Kodiak Robotics. “A trucking industry veteran with experience at tech companies like Intel, EMC and T-Mobile is a unicorn and a perfect fit for Kodiak. Leaders with James’ background don’t find themselves on the market very often; we’re fortunate to welcome him to the Kodiak team.”

Reed said working within the trucking and logistics industry has been both professionally and personally rewarding, especially as the supply chain became a headline topic for the critical role it plays in the economy, adding, "Kodiak has a well-established reputation as the leader in developing and rolling out autonomous trucks that deliver safely and effectively. I couldn’t pass up the opportunity to marry my trucking and tech industry experience to help Kodiak as it leads the trucking industry to its next major transformation.”

Reed will have plenty of trucking and transportation projects to keep himself busy.

Kodiak Robotics in September announced a collaboration with Werner Enterprises (No. 13) to establish an autonomous trucking lane and to showcase how efficiently autonomous trucks can be used via a transfer hub model. In April, alongside U.S. Xpress, Kodiak Robotics launched Level 4 autonomous freight service between Dallas-Fort Worth and Atlanta. Using a Kodiak self-driving truck and U.S. Xpress trailers, the two companies in May completed a first-of-its-kind pilot, hauling freight on four round-trips (eight segments), covering approximately 6,350 miles and delivering eight commercial loads between Dallas and Atlanta.

Pilot Company in August partnered with Kodiak Robotics to develop autonomous truck services at its Pilot and Flying J travel centers and also made a strategic investment in Kodiak, joining the company’s Board of Directors. 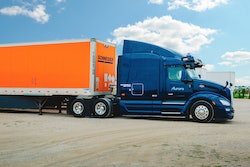 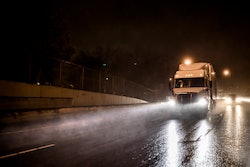 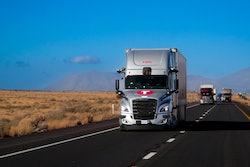