For Maverick Transportation (CCJ Top 250, No. 79), swapping out truck mirrors for the camera-based MirrorEye System from Stoneridge was largely based on providing a better experience behind the wheel for their drivers.

Three years into using the high-definition, multi-camera system, Dean Newell, vice-president of safety and driver training at Maverick in Little Rock, Arkansas, said they’re glad they made that choice. The roughly 1,600-truck fleet that handles flatbed, specialized and heavy haul loads recently announced that all of their new trucks will be spec'd with MirrorEye, the first camera monitor system to receive a federal exemption from the Federal Motor Carrier Safety Administration.

“Being an ex-driver myself, I know what that's like to have to lean and look two or three times (before turning and changing lanes),” Newell added.

One of the more popular features for drivers on the MirrorEye system has been improved visibility in low-light conditions. Three relatively small monitors placed within quick view of the driver allow for plenty to see. This proves especially helpful when lighting outside may be less than favorable.

“The night vision has definitely improved,” Newell said. “When you go back into a dock in a dark hole, you don't have that dark hole anymore. So it's been very positive there from an accident standpoint. When they make a turn, the camera actually pans out. So they don't lose sight of the trailer and they all thought that was a big benefit to it.”

Flatbed carrier Montgomery Transport, based in Birmingham, Alabama, has also been using MirrorEye. Driver feedback there helped lead the company to spec the technology with every new truck.

“MirrorEye is one of the most impactful pieces of equipment I’ve ever used in my trucking career,” said Rosko Craig, 2018 Montgomery Driver of the Year and Alabama Trucking Association’s 2019 Driver of the Year. “The system allows me to see objects around my truck that were previously impossible to see from the driver’s seat of my cab. And the infrared cameras and digital monitors provide a clear view at night and the ability to peek through rain, snow, fog and tire spray take driving to a whole new level.”

Improved visibility in inclement weather has been one of the bigger benefits heralded by drivers according to Brad Corrodi, vice president of fleet solutions at Stoneridge. Heated cameras and coated lenses help keep images clear during weather events.

“We do regular driver surveys and what jumps off the page is the first time someone has a MirrorEye system when they've been through bad weather,” Corrodi said. "People are trained and have used a mirror for a long time and certainly some drivers hold the view that if it isn't broken, don't fix it. Well, you know, the quote we get over and over again is ‘I didn't realize what I wasn't seeing until you showed it to me.’”

Event recorders have been helpful in exonerating drivers, Corrodi said, but accident prevention courtesy of a camera-based monitoring system like MirrorEye is even more helpful.

“There is a real opportunity to deploy technology in a way that helps both the driver and the fleet,” Corrodi said. “There's been an awful lot of technology that fleets have deployed for optimization, tracking or event monitoring, but those really don't help the driver much.

“They say exoneration, but that's not really helping anybody avoid an issue in the first place. A critical part of safety is helping the most effective agent of safety in the vehicle which is the driver,” Corrodi continued.

Trucks at Montgomery are an average of 1.7 years old, and while having newer trucks is helpful, the latest safety technologies in place helps  lure and keep drivers.

“I definitely think it will help to bring in younger drivers because they are definitely a lot more attracted to the technology,” said Anna Lacy McMains, Montgomery’s vice president of marketing and communications. “If you're somewhat fresh out of school, then I think that's going to be very important for them to help them feel safer on the road, knowing that they've got brand new equipment and then some additional safety technology beyond the extra safety technology that we've already put in there.”

Given the positive feedback that MirrorEye has generated so far, Newell anticipates that the system will help in driver retention.

“We've already got several (drivers) that say, ‘Hey, can I get one of those trucks?’ It's good stuff,” he said.

The learning curve for drivers using the system is typically “between a week and two weeks” Corrodi said, “then they forget about what they had before.”

Very little maintenance is required on the part of drivers, Newell said.

“It's not a big problem. For the drivers that have them, it's real simple,” he said. “You just take a microfiber cloth and wipe it off if it does get something on it. The views in the truck are always clean. It makes no difference if you're running in rain or whatever. It's just a better view.”

Curtis Roberts, director of safety at Montgomery Transport, said drivers at first were not very receptive to having MirrorEye in place of their familiar mirrors.

However, it wasn’t long before they “began to really become familiar with the system and fell in love with it,” Roberts said. 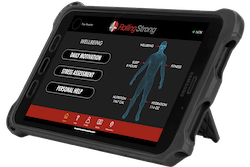 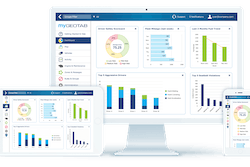 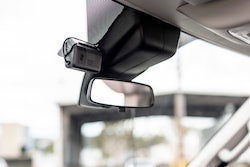 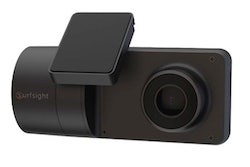