Just as the ELD mandate led to an expansion of fleet telematics and mobility platforms, motor carriers have seen a new wave of products enter the market in response to the insurance crisis to better protect their companies from accident risks.

Three of the latest developments from KeepTruckin, VideoProtects by J.J. Keller and CameraMatics show major improvements in computing power and artificial intelligence (AI) to detect a wide spectrum of risky driving behaviors at economical price points.

KeepTruckin began selling its first generation camera about four years ago and has an install base of over 100,000 devices. The company now has 2,500 employees worldwide and recently raised $190 million with a market valuation of $2.3 billion.

KeepTruckin has been developing its next-generation AI Dashcam for more than a year in collaboration with Ambarella, a company that is perhaps best known for developing the chipsets and video compression technology for GoPro cameras.

KeepTrucking’s hardware has ultra-high 1440p HD video resolution and a wide field of view for more coverage. The camera’s storage holds up to 104 hours of video that can be retrieved on demand. Combined with the Ambaralla chipset in the hardware, KeepTruckin says the AI dashcam can accurately detect and alert on unsafe driving behaviors that include close following distance, cell phone use, fatigue and not using a seat belt.

KeepTruckin now has an in-house safety team to analyze every video within seconds to determine the context and severity of risky behavior. Videos that do not represent actual risk are filtered out, and remaining video footage is prioritized based on risk level.

Included in the AI Dashcam service is a DRIVE score that benchmarks each safety event against the entire KeepTruckin network of over 400,000 vehicles operated by more than 100,000 fleets. The DRIVE score pinpoints specific behaviors to coach and identifies safe driving behaviors.

KeepTruckin told CCJ that hardware for its new AI Dashcam will be priced in the low $300s and with a monthly subscription of about $40.

J. J. Keller & Associates has a new VideoProtects video monitoring service available on the Geotab Marketplace, a place where fleets can go for an ecosystem of applications and add-ons for their Geotab ELD and telematics platform.

The user interface presents video and analytics in a workflow called “smart thumbnails” that identify areas of risk for managers to coach drivers, either in person or through a smartphone app. J.J. Keller is planning to make a video review service available to fleets that want it, Nalepka said.

The thumbnails show a forward-facing and driver-facing view along with event triggers from Geotab. When reviewing the video events, users can send clips to drivers to review on their smartphone. Through integration with Geotab, drivers receive the messages when they are not driving.

The scoring system ranks drivers on a scale of 100 over the last 30 calendar days.

The video records at a 720 or 1080 high definition with 128 GB of storage, and an optional 256 GB, which holds between three and four weeks of driving video that can be retrieved at any time. The hardware is sold through Geotab resellers in the mid-$300 range.

“J. J. Keller VideoProtects has assembled a world-class team of people to design a cost-effective but capable camera solution that focuses on ease of use and open access to cameras,” said Neil Cawse, CEO of Geotab.

An Ireland-based fleet telematics and safety technology supplier, CameraMatics, has recently expanded across the United States.

CameraMatics was founded in 2016 and today has over 1,000 customers globally that operate tens of thousands of vehicles. CameraMatics has grown its customer subscription base 300% since January 2020.

The platform has a mobile driver app with features that include a scorecard, accident reporting and equipment inspection reports. Drivers are alerted and can be coached through the app on behaviors such as speeding, tailgating, cell phone use, hard braking and fuel consumption.

CameraMatics told CCJ it plans to add an ELD to the platform soon. 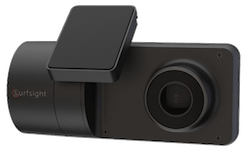 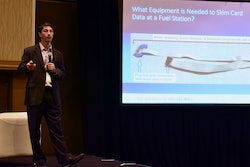