Selection is underway for the 2022-2023 edition of America’s Road Team, the American Trucking Associations’ team of trucking industry ambassadors.

“We’re excited to host the best of the best in the trucking industry this week as we narrow down to the final group. This will be our most diverse team of captains yet,” said Elisabeth Barna, ATA executive vice president of industry affairs. “America’s Road Team captains act as voices for the industry, a critical role as it becomes more and more evident how important trucking is to the economy overall and as a source of jobs.”

The 34 finalists are industry veterans, many of whom are state-level road team captains, national truck driving championship winners, and role models at their companies and in their communities. They have a combined total of 75 million safe-driving miles and 923 years as professional truck drivers.

A panel of judges, including trucking executives and trade press, will evaluate the finalists on their knowledge of the industry, ability to effectively express their thoughts on transportation issues and their overall safe-driving records.

The full list of the 34 finalists can be found here.

The system offers in-cab traffic congestion updates and slowdown alerts to commercial vehicle drivers on 647 miles of New Jersey’s highways, including the New Jersey Turnpike, Garden State Parkway, and Atlantic City Expressway. Truck drivers will be alerted about two to three miles before the slowdown begins, giving them time to reduce speed to help prevent crashes, according to a statement from NJDOT.

The system was developed in partnership with Intelligent Imaging Systems – delivered to drivers through its wholly-owned subsidiary, Drivewyze – along with INRIX, a transportation data and analytics company. The alerts are available to all carriers and drivers using Drivewyze PreClear. 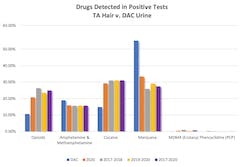 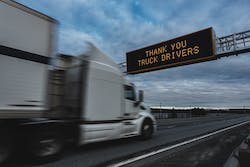 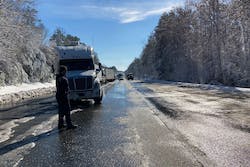 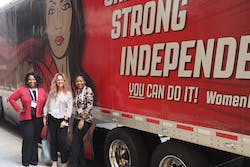