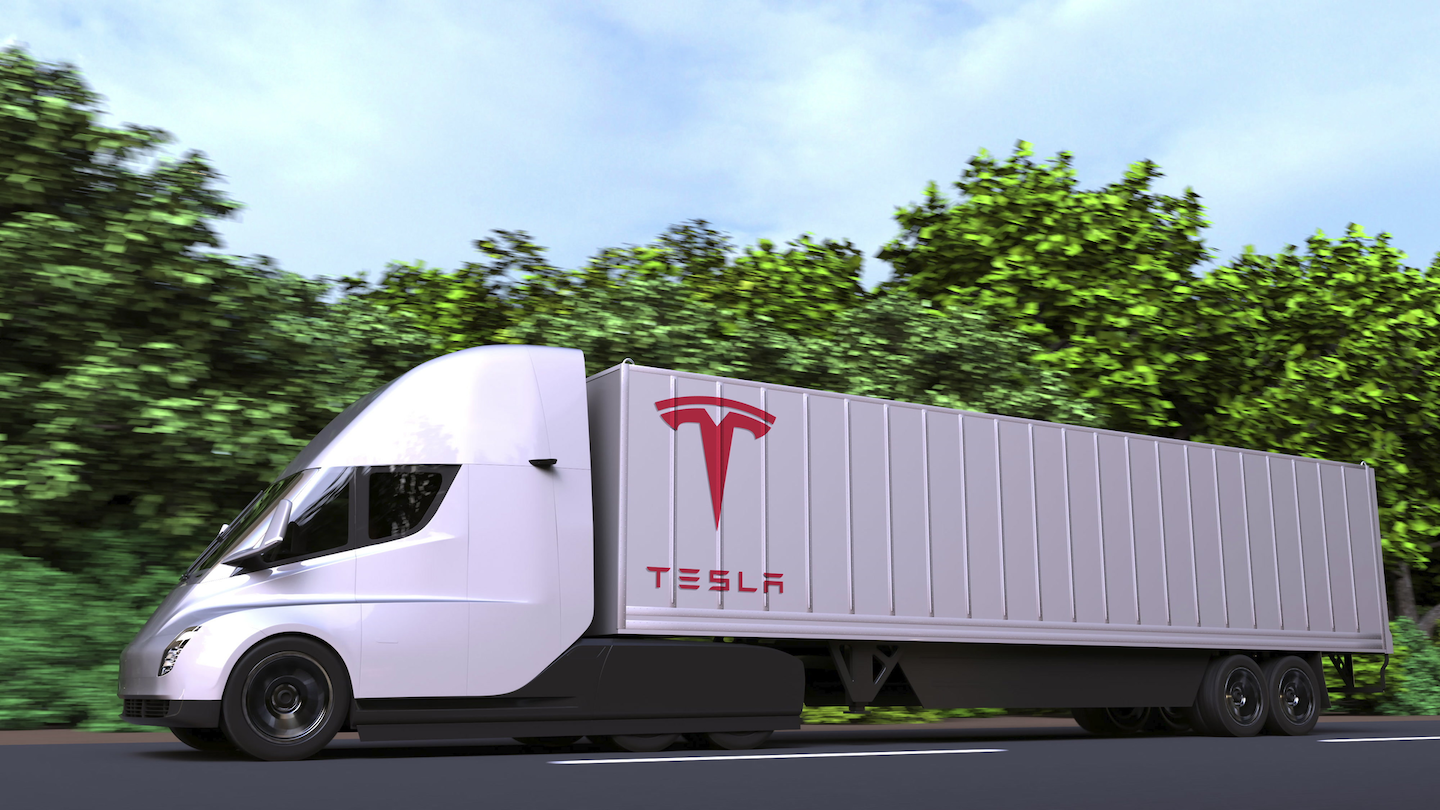 While the electric truck market has gotten crowded since Semi made its public debut in late 2017, Musk speculated that his Semi could be the first to achieve full autonomy.

Tesla's oft-delayed Semi is still set for 2021 production, the company noted in its earnings release Wednesday, despite company founder and CEO Elon Musk noting that "it would not make sense for us to do the Semi right now" due to a shortage of battery cells.

Musk was asked during the company's earnings call Wednesday night if an electric commercial van was in the works, with the likes of General Motors, Ford and Sprinter having all recently targeted the segment, along with a tidal wave of electric up upstarts seeking a foothold in final-mile delivery. He responded that Tesla "is definitely going to make an electric van at some point" but a shortage of battery cells have complicated new vehicle development and crimped production cycles for those already in the pipeline.

Once production ramps on Tesla's 4680 battery pack – which the company expects will be more energy dense, enabling greater range – Musk said he expects to have the cell volume to get Semi rolling down the assembly line.

While the electric big-rig market has gotten crowded since Semi made its public debut in late 2017, Musk speculated that his Semi could be the first to achieve full autonomy.

"I think that's quite likely," he said. "Yes, I can't imagine – I'm not sure who would be number two, but yes, it seems highly likely, yes."

The autonomous hardware deployed on Semi will be the same Tesla includes on its passenger cars, with Musk noting only a need to modify software parameters for Autopilot or Full Self-Driving. "We just need to inform the vehicle, inform the Full Self-Driving brain, that it is now in a semi truck," he said.

"You have different control functions because there are turns that you could do in a regular car that you cannot do in a Semi," he added, "Like, you don't want to try to parallel park this thing on the street in a city. It needs to know its limitations being a giant truck."

Musk said his company has made "massive progress" on its Full Self-Driving platform, with almost 1,000 vehicles in the beta program.

"And with each successful release of the beta – of the FSD software – it's really improving rapidly. It's very common for me to have no interventions on drives that I do," he said, "including drives to a place that I've never been to. So these are not pre-planned routes... I'm highly confident the car will drive itself for reliability in excess of a human this year. This is a very big deal."