The national average retail price of a gallon of diesel slid for the second consecutive week, this time falling 3.7 cents to $2.833 for the week ending Monday, Jan. 25. The price, which had climbed 15.3 cents in the three weeks prior to last week’s 0.9-cent decline, is still 56.5 cents higher than the same week last year, according to the U.S. Department of Energy.

All regions tracked by DOE saw prices decreases. The biggest decrease, 4.4 cents, was found in both the Lower Atlantic ($2.823) and Midwest ($2.790, the nation’s least expensive diesel by region). The smallest decrease, 1.0 cent, was found in both the New England ($3.055, the nation’s most expensive diesel by region) and Rocky Mountain ($2.817) regions.

California, which DOE tracks separately for its weekly update, saw a price decrease of 2.1 cents to $2.987; that price is 69.1 cents higher than last year. 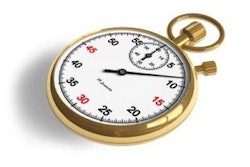