The Coalition for Transportation Productivity, a group of more than 150 shippers and allied associations, applauded two U.S. House representatives for encouraging fellow members of the House Committee on Agriculture to support The Safe and Efficient Transportation Act, H.R. 1799.

U.S. Reps. Jean Schmidt (R- Ohio) and Steve Kagen (D-Wis.) sent the letter – signed by seven other co-sponsors who serve on the House Committee on Agriculture – to the full committee. The letter emphasized the agricultural benefits of raising federal weight limits as outlined in the Safe and Efficient Transportation Act.

“The Safe and Efficient Transportation Act is a smart, safe way to make our country’s agricultural products more competitive in the global marketplace,” says Rep. Mike Michaud (D-Maine), who introduced the bill in the U.S. House. “Reps. Schmidt and Kagen realize that the current federal weight limit forces many trucks to leave the loading dock half-full – giving countries with higher weight limits the upper hand in agricultural production and shipment. Under the Safe and Efficient Transportation Act, state transportation officials could set weight limits of up to 97,000 pounds for six-axle trucks in order to safely ease the flow of goods, improve highway safety and reduce environmental impact.”

“Trucking is a critical link in the agricultural supply chain that stretches from the farm to the consumer,” says John Runyan, executive director of the Coalition for Transportation Productivity. “Trucks often serve as the first, last or only mode of transportation for agricultural products and other goods produced in the U.S. As Reps. Schmidt and Kagen know, the Safe and Efficient Transportation Act would safely improve the efficiency of truck shipment, making our highways safer, greener and more productive.”

The Safe and Efficient Transportation Act of 2009 (H.R. 1799) originally was introduced in the House by Michaud and Schmidt. The bill would allow heavier –not larger– trucks on interstates by giving each state the option to increase its interstate vehicle weight limit to 97,000 pounds for trucks equipped with a sixth axle for safety. Without changing truck size, the additional axle maintains current braking capacity and weight-per-tire distribution and minimizes pavement wear. A user fee imposed by the bill would fund vital bridge repair. 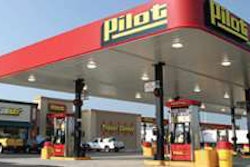 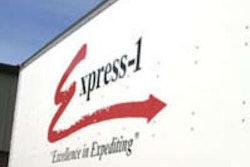 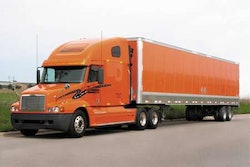 Schneider repeats as Kimberly-Clark’s Carrier of the Year 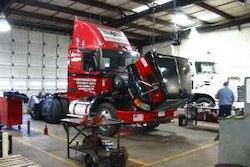