The transportation system that supports the movement of freight across America is facing a crisis, according to a new report by the American Association of State Highway and Transportation Officials. In 10 years, an additional 1.8 million trucks will be on the road, and in 20 years, for every two trucks today, another one will be added, resulting in more bottlenecks and higher costs for food, goods and manufacturing equipment, the report says.

“The simple fact is no transportation, no economy,” says Larry L. “Butch” Brown, AASHTO president and Mississippi Department of Transportation executive director. “They are inseparable. We must invest to maintain and strengthen the American ‘transconomy.’ Congress must invest in all transportation modes, from waterways to roads and rails, to get us where we need to be as a competitive nation. Millions of jobs and our nation’s long-term economic health depend on it.”

Despite more long-distance freight being moved by intermodal rail, the report finds that trucks still will carry 74 percent of the load. On average, 10,500 trucks a day travel some segments of the Interstate Highway System today; by 2035, this will increase to 22,700 commercial trucks for these portions of the interstate, with the most heavily used segments seeing upwards of 50,000 trucks a day. Yet between 1980 and 2006, traffic on the Interstate Highway System increased by 150 percent, while Interstate capacity increased by only 15 percent. The report identifies the 1,000 miles of most heavily traveled highways used by trucks; six states – Arkansas, California, Georgia, Pennsylvania, Tennessee and Texas – collectively account for 88 percent of the most heavily used truck routes.

“It’s unfortunate that many of the 35 million travelers who hit the road for the Fourth of July holiday spent hours of their vacation time stuck in traffic,” says John Horsley, AASHTO executive director. “Ten thousand commercial trucks face that kind of gridlock every day.”

Ohio DOT Director Jolene M. Molitoris says the nation’s freight transportation system supports more than 10 million jobs, from couriers, truckers, laborers, shippers, railroad conductors and mechanics to postal carriers, warehouse operators and stock clerks. “Now, think about how many more jobs will be added as the industry grows over time, and you begin to see yet another reason why this study is so important,” Molitoris says.

Tennessee DOT Commissioner Gerald Nicely says that to accommodate the predicted growth in freight movement, “we need to think nationally, regionally and on a multimodal level.” Central to this effort should be the creation of a National Multimodal Freight Plan to ensure that transportation investments are coordinated and made where most needed, Nicely says. “By linking trucks, rail, waterway transport and aviation, freight can be moved more efficiently throughout the nation.”

“Unlocking Freight” is the second in a series of reports generated by AASHTO to address the need to increase capacity in the U.S. transportation system. For more information and to see state examples of freight capacity needs, go to http://expandingcapacity.transportation.org. 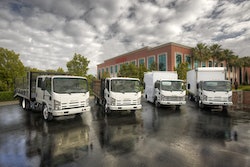 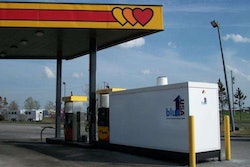