The American Trucking Associations on Wednesday, Sept. 22, applauded the Obama administration for their efforts to make permanent two pilot programs that grant more productive trucks access to Interstate Highways in Maine and Vermont. ATA says it urged Congress to agree to Obama’s request to make the pilot programs permanent.

ATA says statistics show that class of roadway is a leading indicator in truck-involved fatal crashes, and vehicle weight has not been shown to be a contributing crash factor. Allowing more productive trucks to use Interstates instead of forcing them to use more accident-prone secondary roads will improve safety, the association says. In 2009, the number of fatalities in truck-involved crashes reached a record low in a continuing trend. ATA says safety would improve due to added productivity because truck miles traveled would grow more slowly, resulting in less crash exposure.

ATA says the U.S. Environmental Protection Agency identified the use of more productive trucks as an effective strategy to reduce vehicle emissions as part of its SmartWay Transport Partnership Program. According to the association, truck size and weight reform will increase fuel efficiency by helping reduce traffic congestion and because fewer trips are needed to deliver the same amount of freight. 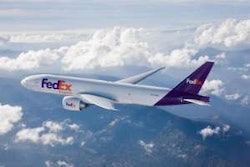