After rising 1.9 percent in September and 0.9 percent in October, the American Trucking Associations’ advance seasonally adjusted For-Hire Truck Tonnage Index was practically flat in Novemeber, slipping 0.1 percent. The latest reduction put the adjusted index at 109.7 in November from 109.9 in October. The nonadjusted index, which represents the change in tonnage actually hauled by the fleets, equaled 108.9 in November, down 3.7 percent from the previous month.

Compared with November 2009, adjusted tonnage climbed 3.9 percent, which was significantly lower than October’s 6 percent year-over-year increase. Year-to-date, tonnage is up 5.9 percent compared with the same period in 2009.

ATA Chief Economist Bob Costello says he is not overly concerned with the small decrease in tonnage during November. “Tonnage increased for two consecutive months in September and October, and I don’t expect volumes to rise every month,” Costello says. “Additionally, the decrease in November is much smaller than the gains during the previous two months.” Costello said he expects truck freight tonnage to grow modestly during the first half of 2011 before accelerating in the later half of the year into 2012.

* Transport Capital Partners’ Business Expectation Survey for the fourth quarter of 2010 found that 66 percent of surveyed carriers expect volumes to increase over the next year. That figure is down from a high of 90 percent, which was registered in the second quarter.

* Since August, spot market freight volume has exceeded same-month levels for every year since 2005 – the peak year for truckload freight on the spot market, according to the TransCore North American Freight Index. November was up 72 percent from a year ago, and the expected seasonal decline from October to November was just 2.3 percent, TransCore says.

* TransCore’s Canadian Freight Index rose 37 percent increase in November over the same month in 2009. In addition, volumes were up 2 percent over October even though the U.S. Thanksgiving holiday historically results in a reduction of month-over-month freight volumes.

* Monthly container cargo count at the Port of Long Beach remained strong with a 24.6 percent increase in November compared to the same period a year ago, the port announced. Imports were up 20.2 percent, while exports were up 24.8 percent.

“We were expecting a normal seasonal increase in orders to a level between 22,000 and 25,000 units,” says Eric Starks, FTR president. “The November number came in slightly above those expectations. This can be chalked up as a win for the industry. The fact that truckers are willing to start ordering equipment is certainly a good sign.”

Starks said the new truck equipment market clearly is in a recovery period, but he is concerned that leasing companies and large fleets led the way. Until smaller and medium-sized fleets jump back into the market, “we will continue to be optimistic, but with a degree of caution.” n 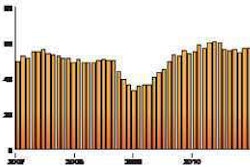 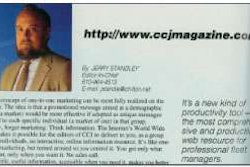 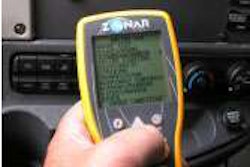 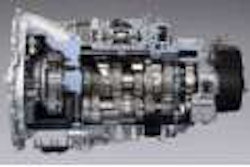