The fourth annual TransCore Broker Benchmark Survey revealed that freight brokers on average moved 10 percent more freight in 2010, while their gross margins declined by 4 percent compared to the previous year’s survey respondents. Margins improved year-on-year for asset-based brokers, largely due to higher rates in 2010 that benefited their trucking divisions.

As an indicator of truckload demand and capacity on the spot market, load-to-truck ratios on TransCore’s DAT Network increased to an average of 5.5 loads per available truck listed in 2010, from 1.8-to-1 in 2009. This was due primarily to a year-on-year increase of 133 percent in truckload freight availability, coupled with a 27 percent decline in capacity. In the same period, the national average truckload rate paid by brokers increased by 10 percent for dry vans, the dominant trailer type, from $1.12 per mile in 2009 to $1.23 in 2010, not including fuel surcharges.

As part of the survey, brokers also offered insights into their strategies for coping with the changing business environment. Of those respondents, 42 percent invested in their business in 2010, either by increasing staff, hiring agents or upgrading technology or facilities. A smaller group, 24 percent, retrenched either through payroll reduction or other cost-cutting measures. 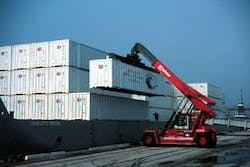 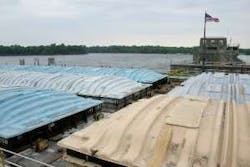 DOT makes case for better use of coasts, waterways 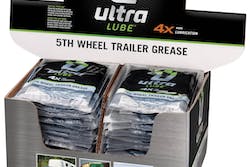 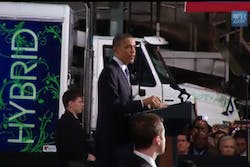