After a successful inaugural season of the TCI Tech Challenge in 2010, service technicians from Truck Centers Inc. responded with even stronger response for the competition’s second year. The program was implemented to highlight the advanced knowledge and professional skills that the technicians bring to the Truck Centers’ network of dealerships in order to consistently deliver premier customer service.

Sixty technicians from seven TCI branches completed the first round of competition for the “Tech Challenge” title that was a detailed 150-question written examination that consisted of various topics of diagnostics and repair of different makes with an emphasis on Daimler Trucks of North America products, including models of Freightliner and Western Star trucks, as well as Detroit Diesel engines. This year’s program was even bigger and better than last year, with nearly $11,000 in cash up for grabs.

The 10 technicians with the highest cumulative scores on the written exam will gather at the TCI Training Center in Troy, Ill., on Oct. 24 for their final skills competition. Each finalist will participate in five hands-on modules that will challenge their diagnostic ability, and the technician with two years or less experience and the highest score on the written exam will receive a “Rookie” bonus. Program sponsors include Freightliner, Daimler Truck Financial, Accuride Corp., Meritor, Shell Lubricants, Eaton/RoadRanger, Donaldson Filtration Systems, Goodyear Engineered Products and Detroit Diesel.

Blaney, Grawe, Gabe Kline, Krikie and 2010 Champion McNees are all repeat participants. Brown, Finish First grad and last year’s rookie, also will have an opportunity to compete in this year’s hands-on finale. 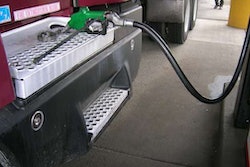 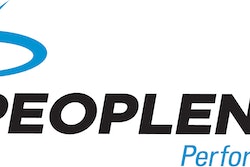