The U.S. Department of Transportation on Thursday, May, 10, announced the elimination of 46 regulations on traffic signs to provide more flexibility for state and local governments, including allowing communities to replace traffic signs when they are worn out rather than requiring signs to be replaced by a specific date.

“Some of these burdensome deadlines would have cost communities millions of dollars at a time when they can’t afford that,” said U.S. Transportation Secretary Ray LaHood. “We spoke to state and local officials across the country, and we heard them loud and clear.”

Earlier this year, President Obama called for a governmentwide review of regulations in order to identify those that needed to be changed or removed because they were unnecessary, out-of-date, excessively burdensome or overly costly.

“Officials at the state and local levels are in the best position to make decisions related to sign replacement and other issues related to traffic management,” said Federal Highway Administrator Victor Mendez. “These changes will give them the flexibility they need to make the best use of taxpayer dollars.”

The regulations establishing deadlines for street sign replacement came from the Manual on Uniform Traffic Control Devices, a compilation of national standards for all pavement markings, street signs and traffic signals. The Federal Highway Administration, which has published the manual since 1971, updates it periodically to accommodate changing transportation needs and address new safety technologies, traffic control tools and traffic management techniques.

Last August, FHWA issued a Notice of Proposed Amendments to eliminate the 46 deadlines, and a final rule has been sent to the Federal Register for publication. The final rule is available in the docket, FHWA-2010-0159, available at www.regulations.gov.

The deadlines requiring that certain street name signs be replaced by 2018 to meet minimum retroreflectivity standards and requiring larger lettering on those street name signs are among the deadlines that will be eliminated. The final rule also eliminates deadlines for increasing the size of various traffic signs, such as “Pass With Care” and “Low Clearance”: instead, communities will be able to replace and upgrade these signs when they reach the end of their useful life.

In addition to eliminating the deadlines, FHWA will allow communities to retain historic street-name signs in historic districts. DOT has retained 12 deadlines for sign upgrades that are critical to public safety, including installing “One Way” signs at intersections with divided highways or one-way streets, and requiring “Stop” or “Yield” signs to be added at all railroad crossings that don’t have train-activated automatic gates or flashing lights. 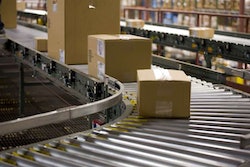 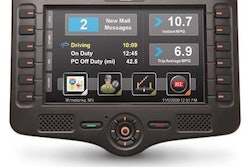 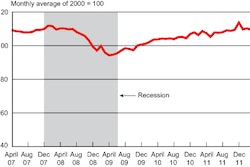