“FedEx delivered strong earnings results for fiscal 2012 due to the outstanding performance by FedEx Ground, our new value proposition at FedEx Freight and improved yields across all transportation segments,” said Frederick Smith, FedEx Corp. chairman, president and chief executive officer. “In fiscal 2013, we will continue our focus on improving our operating efficiencies and our financial performance across all of our businesses, while simultaneously enhancing our service capabilities. We remain absolutely committed to higher earnings, margins, cash flows and returns.”

For the fourth quarter, the FedEx Freight segment reported revenue of $1.40 billion, up 7 percent from last year’s $1.31 billion; operating income of $81 million, up 93 percent from $42 million; and an operating margin of 5.8 percent, up from 3.2 percent.

The company previously announced that effective July 9, FedEx Freight will increase U.S. and certain other shipping rates by 6.9 percent. FedEx Freight also will be making some adjustments to its network on July 9 intended to drive incremental operational efficiencies.

“We are focused on improving margins in all businesses, although we face certain cost increases in fiscal 2013,” said Alan Graf Jr., FedEx Corp. executive vice president and chief financial officer. Graf said those headwinds include higher employee-related costs, including higher pension expenses of about $150 million, as well as higher depreciation costs. “We expect to mitigate these challenges by reducing costs and improving efficiencies, and are continuing to evaluate additional actions to substantially improve FedEx Express margins,” he said. 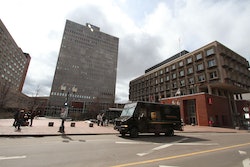 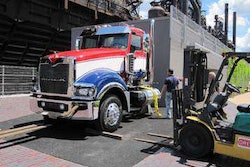 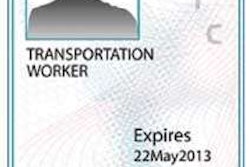