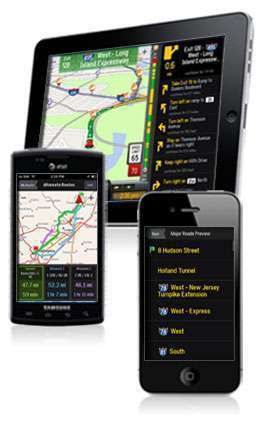 New features, according to the company, include:
• A sleek, new driver-friendly user interface;
• Alternate Routes: a choice of up to three alternate routes to a destination;
• The ability to drag the route to fully customize the exact route you prefer to take;
• Major Roads Preview: A list of only the highways and interstates of the planned route for quick verification;
• RouteSync functionality for in-vehicle consistency with PC Miler routing and mileage used for dispatch, billing, driver pay, fuel tax reporting, rating and costing;
• The latest street-level ALK Maps of North America stored on a device for offline use; and
• Updated PC Miler routing and truck-specific attributes.

The apps are available to purchase on the iTunes App Store and Google Play for $149.99. Existing CoPilot Truck v8 customers can upgrade to the new version for free.