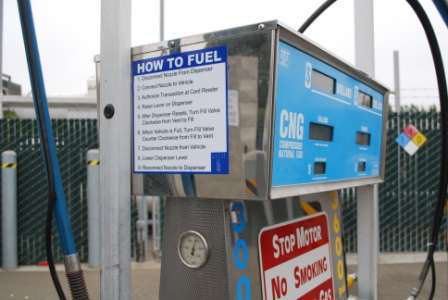 Trillium CNG, a business unit of Integrys Energy Group, and AMP Americas on Monday, July 23, announced a joint venture, AMP Trillium, focused on building a network of CNG stations across the United States.

Initially, AMP Trillium will construct stations along the Interstate 65 and I-75 trucking corridors and major routes in Texas, with the first station breaking ground by fall. The stations will be open to the public, though the primary customers likely will be heavy-duty and long-haul trucking fleets.

The new stations will feature fast-fill capabilities and redundant equipment providing increased fill speed and reduced downtime and backed by a 24/7 on call service-team. The stations also will accept fleet cards and major credit cards and offer special fuel-pricing programs to encourage fleets to take advantage of the economic and environmental benefits of CNG.

To further accentuate the project’s sustainability benefits, AMP Trillium plans to use renewable CNG whenever possible. Renewable CNG is the chemical equivalent of fossil-based natural gas and is obtained from biomass, often food or animal waste.

“Trillium CNG is excited to join with AMP and support the leaders of the dairy industry on energy and sustainability issues,” said Charles Koontz, vice president of commercial services for Trillium CNG.

AMP Americas currently owns two CNG fueling stations in Indiana and, in partnership with Fair Oaks Farms, manages a fleet of 42 CNG milk-transport trucks. By fall, these trucks will run entirely on renewable CNG made from manure from the dairy’s cows in a process called anaerobic digestion.

“We’re very excited by what this joint venture means to AMP and our industry,” said Nate Laurell, AMP’s founder and chief executive officer. ” It allows us to complete more renewable CNG projects alongside a strong financial and operating partner. Oil, being globally priced, is expensive, but natural gas is not only abundant in the U.S., it’s also cleaner, producing 20 to 30 percent fewer greenhouse emissions than diesel fuel.”