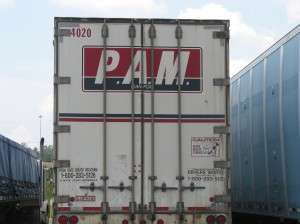 “We are very pleased to report our third consecutive quarter of sequential earnings growth,” said Daniel Cushman, president of the Tontitown, Ark.-based company. “We remain absolutely dedicated in our focus on the goal of a sustainable profit model and are very pleased to see many of our initiatives bearing fruit.”

Cushman said P.A.M. is having success expanding its owner-operator fleet. “We are focused on increasing our number of team drivers to facilitate growth in our Expedited Service offering,” he said. “While we are pleased with our year-over-year improvement for 2012 compared to 2011, we will not be satisfied until we are able to attain the goal of a sustainable profit model.”