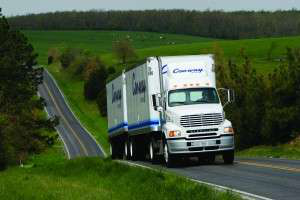 Con-way Freight announced that its facility in Newark, N.J., was presented with the Patriotic Employer Award for its support of the National Guard and Reserve. The award ceremony was held at Fort Hamilton in Brooklyn, N.Y.

“I’m proud to work for an employer who provides extraordinary patriotic support and cooperation to their employees, who like the citizen warriors before them have answered their nation’s call to serve,” said Lenny Romano, personnel supervisor at Con-way Freight’s Newark service center. Romano, who accepted the award on behalf of the company, also was recognized for his individual actions in support of deployed soldiers. “Engaged employers are critical to maintaining the strength and readiness of the nation’s National Guard and Reserve units,” he said.