Navistar adds another board member 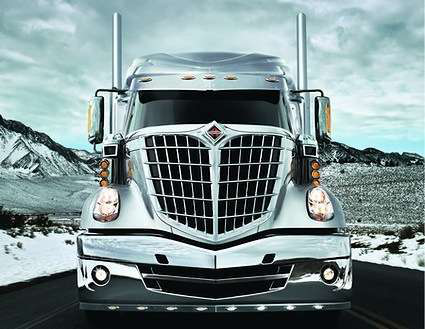 Navistar International Corporation announced John C. (Jack) Pope, chairman of PFI Group, LLC, a financial management firm, has been appointed to the company’s board of directors. He replaces David D. Harrison, who elected to retire after serving five years as a board member.

Pope’s appointment to the board and Harrison’s retirement are effective immediately, maintaining the total number of Navistar board members at 10, nine of whom are independent. Pope will stand for election at the company’s 2013 Annual Meeting of Shareholders.

“Jack Pope is a well-respected, deeply experienced business leader, who will provide our board and management team with new insights and perspectives as we continue to implement our strategy and the necessary actions to turn the company’s performance around and drive long-term profitability and shareholder value,” says Lewis Campbell, Navistar’s chairman and chief executive officer. “I also want to thank David Harrison for his many contributions and five years of dedicated service to Navistar.”

Pope has served as a director at Waste Management, Inc. since 1997 and was non-executive chairman from 2004 to 2011. He served as chairman of the board of MotivePower Industries, Inc. from December 1995 to November 1999. Pope was president and chief operating officer and a member of the board of directors of United Airlines and UAL Corporation until it was purchased by its employees in July 1994. Prior to joining United, Pope spent 11 years with American Airlines and its parent, AMR Corporation, serving as senior vice president of finance, chief financial officer and treasurer.  In addition to Waste Management, Pope currently serves on the boards of Con-way, Inc., Dollar Thrifty Automotive Group, Kraft Foods Group, and R.R. Donnelley & Sons Company.