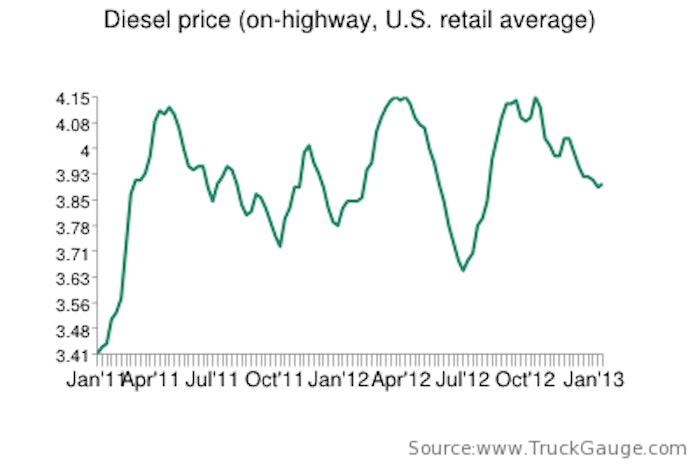 After seven straight weeks of decreases, the national average retail diesel price increased 0.8-cent to $3.902 a gallon during the week ended Jan. 21, according to the U.S. Department of Energy’s Energy Information Administration. It was only the second increase in the past 14 weeks. The latest weekly price is 5.4 cents above the same week last year.

Diesel prices rose in all but three regions — East Coast, New England and Central Atlantic, the latter of which saw the biggest drop at 5 cents a gallon. The largest increase was 1.9 cents a gallon in California. The nation’s most expensive diesel on average is $4.158 a gallon in New England. The cheapest is $3.678 in the Rocky Mountain region.