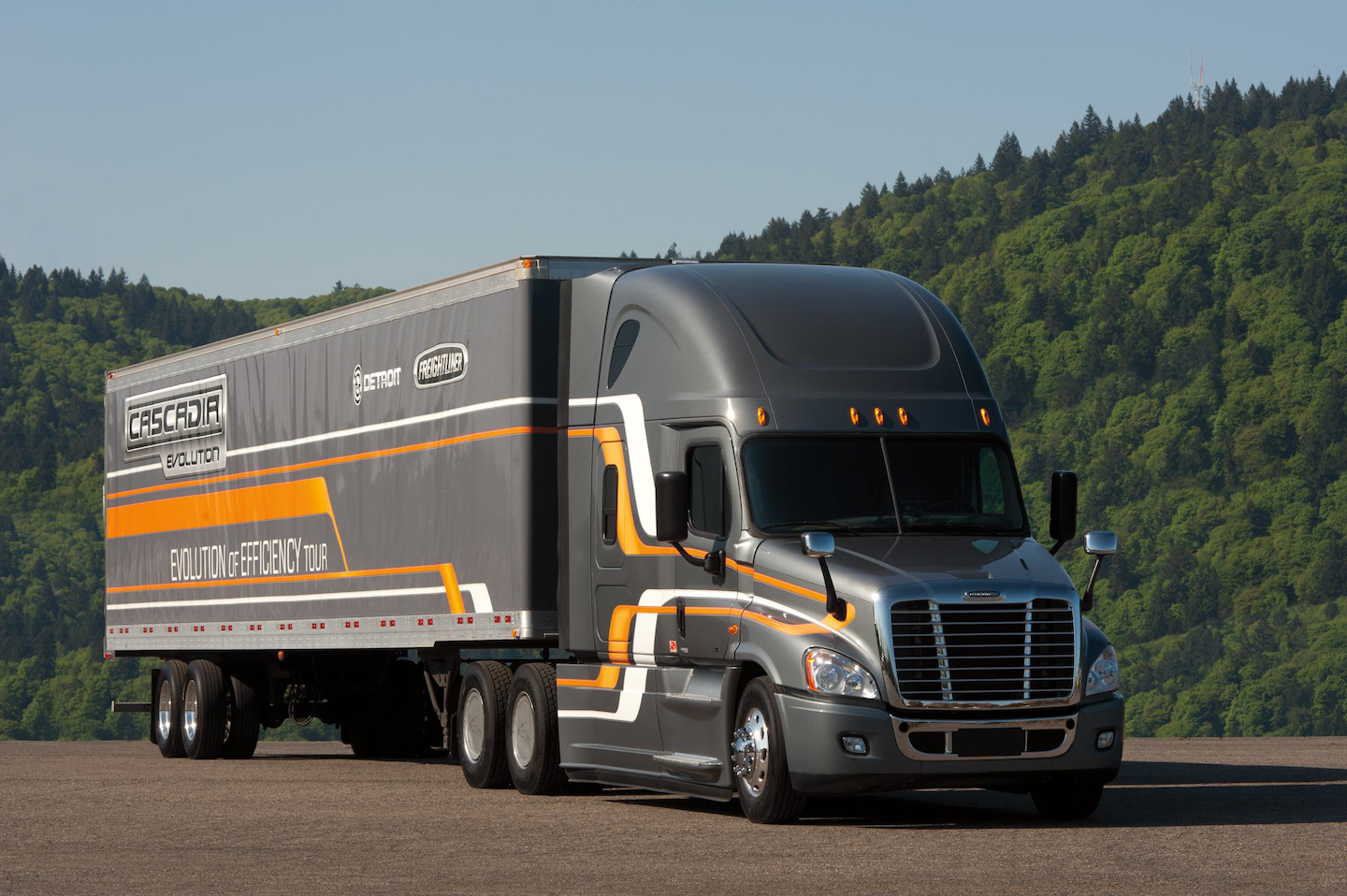 “2012 started strong, it weakened as we went through the year,” said Lampert. “As we turn our attention to 2013, our forecast is the first quarter will be the toughest and then we work our way up through 2013 and get to a point that is within 10 percent up or down from the 2012 marketplace.”

“In calendar-year 2013, we have market share increase objectives in every side of our business,” said Lampert. “We feel we have an absolutely differentiated product in the marketplace that is the leader in fuel economy and total cost of operation and a strong dealership network.”

To that end, Lampert said Freightliner tallied a 44.6 percent market share for January 2013, an all-time high, but added, “We generally outperform the market in the beginning of the year.”

“A big part of that is our product offering which we expanded significantly in the vocational market which was a cross-functional initiative throughout Freightliner and at our dealer network.”

Gerhard Gross, president and CEO of Daimler Trucks Mexico, announced it achieved 28 percent growth in 2012, totaling 6,950 trucks. Much of that growth came from the medium-duty side of the business, primarily in the food and beverage industry, resulting in a 75 percent year-over-year growth and 63 percent market share for Class 6-7 trucks in Mexico.

“Our results are a clear indication of the competitive advantages that [M2 truck models] provide to our customers, particularly in terms of maneuverability and fuel consumption which are critical factors in the beverage distribution industry,” said Gross.

To achieve Vision 15,000, the company is consolidating its strong position in existing international markets, while entering emerging markets and new vehicle segments. The initiative is being supported by a comprehensive product offensive and a strong build-up of its international organization.

“Vision 15,000 aligns our global resources and taps into the potential of new and emerging markets,” said Lampert. “DTNA already has a strong foothold in our core markets, and together with the recent successful launches of products in global markets, we are confident that Vision 15,000 will be just the start.”