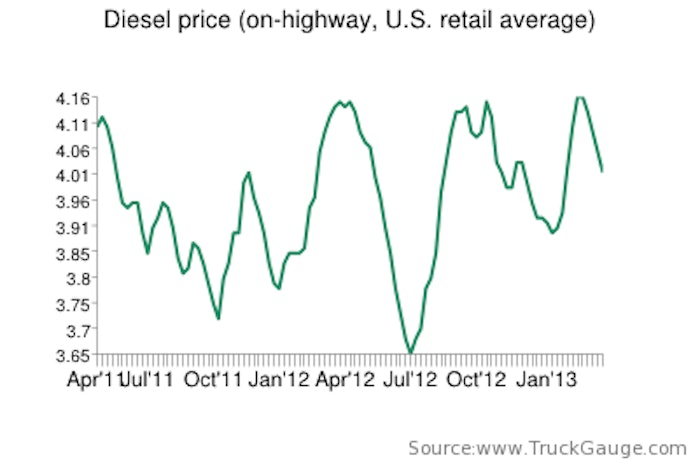 For the second week in a row, the national average retail price decreased 4.1 cents, according to the U.S. Department of Energy’s Energy Information Administration. At 4.006 a a gallon during the week ended March 25, diesel prices are 14.1 cents lower than the same week last year. After hitting the highest price since mid-August 2008, prices have dropped by 15.3 cents in the last four weeks.

Diesel prices fell in all regions, led by a 6.5-cent drop in California. With a smaller 3.3-cent increase, prices in New England are now the nation’s highest, averaging $4.171 a gallon. The Rocky Mountain and Gulf Coast regions together have the nation’s cheapest diesel on average at $3.935 a gallon. The Lower Atlantic and Midwest regions are the only others where the average diesel price is below $4 a gallon.