The for-hire trucking industry continued to pull back from its recent hiring binge, cutting another 3,500 payroll jobs in June, according to preliminary estimates released by the U.S. Bureau of Labor Statistics. The reduction was on top of a revision in May figures to reflect a loss of 2,600 jobs rather than the 700-job reduction initially reported last month.

The economy as a whole continued to add net new jobs, however. Total nonfarm payroll employment increased by 195,000 in June, and gains in April and May were revised upward to about that same number, according to preliminary BLS figures. In June, employment rose in leisure and hospitality, professional and business services, retail trade, health care and financial activities. The unemployment rate was unchanged at 7.6 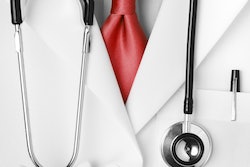