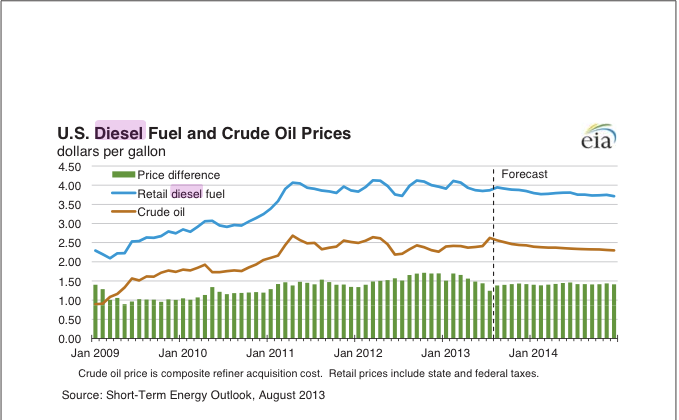 The Department of Energy’s Energy Information Administration has reneged on a downward revision it issued in the June for its 2013 average diesel price projection, inching its projected price back up 4 cents to $3.92 in the year, according to the Aug.6 issue of the EIA’s Short Term Energy Outlook.

That number, however, is still 5 cents lower than 2012’s average price.

The EIA has downwardly revised its forecast for 2014, though, projecting that a gallon of diesel next year will average 16 cents less than the 2013 price — $3.76.

Increased consumption and an increase in crude oil prices in July are what drove the EIA’s 2013 forecast higher, the Outlook says.