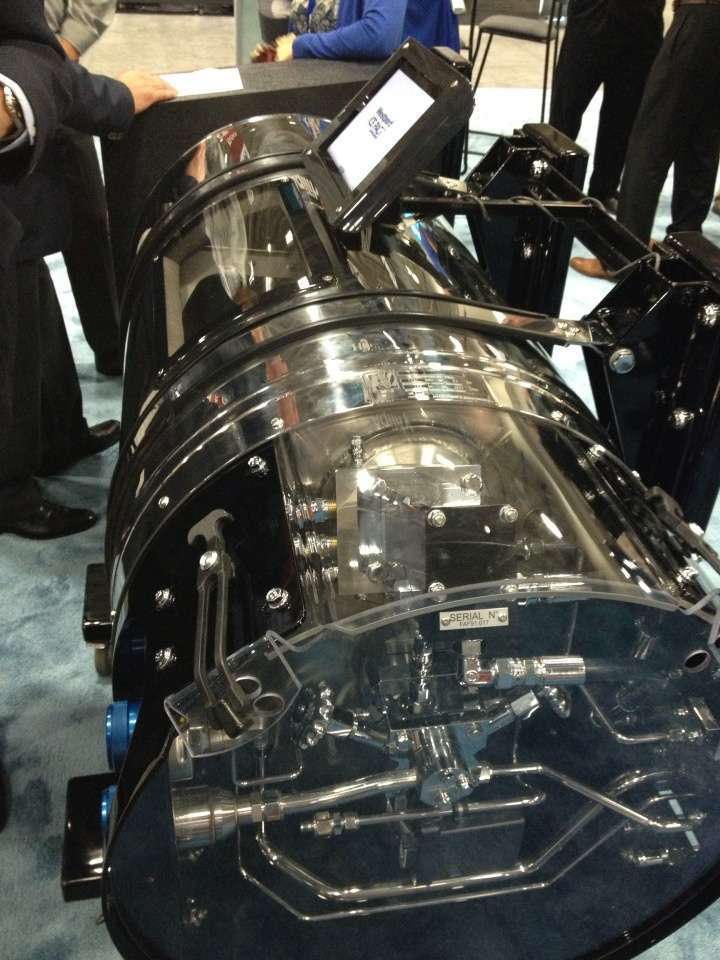 In a conference call Tuesday, Sept. 23, with the Southeastern States NGV Corridor Committee – a group comprised of more than 100 NGV-interested stakeholders located primarily in the southeast region of the country – Westport Sales Manager Al Smith says his company has developed a complimentary component that could help the Cummins Westport ISX 12 G revolutionize natural gas’ spot in the marketplace.

Westport pulled back the curtain on its iCE PACK Tank System at the ACT Expo in June with on-board pump and refrigeration capabilities that were departures from conventional LNG tank delivery systems.

“There are not many ways to deliver fuel to a natural gas engine,” Smith says. “We believe there are applications where colder fuel is better.”

Cold LNG delivery isn’t without its advantages, the first of which is its range.

What your fleet needs to know about natural gas

“In the same given space we can get about 10 percent more fuel…compared to a warm tank system,” Smith says.

“It takes a longer time for tank pressure to build up to vent fuel,” Smith says, adding Westport has been able to push typical hold times from an average of five days to 11 days on a full tank of fuel.

There are also advantages at the pump. Westport’s cold storage unit doesn’t use a vent line, and there’s no need to equalize pressure at the station prior to fill up.

Smith adds there’s no waiting time for the driver at the fueling station.

The onboard pump, regulated by sensors in both the tank and the engine, means no waiting around for the fuel to vaporize and build tank pressure.

“You can drive away immediately,” he says. “The LNG pump eliminates any reliance on tank pressure. Cold LNG lends itself to a more diesel like experience (at the pump).“

For fleets looking to invest in a natural gas model, Smith says Westport’s cold storage iCE PACK can help cut the cost of infrastructure installation since it also can be filled with warm LNG.

With dual LNG fueling capabilities, Smith says the iCE PACK helps fleet owners by retaining its residual value regardless of the available infrastructure on the secondary market.

Apples and oranges: Natural gas is a new business model and can’t be comparably compared to diesel

“Fleets ask us, ‘If I resell this product, can I sell it to any geography that has cold LNG?’” Smith says. “The tank will take warm LNG. You can resell a truck into any market that has LNG. It doesn’t matter if the station has cold or warm.”

Westport says a single, 60 diesel gallon equivalent Westport iCE PACK tank takes up less space on the truck, while providing the same range as three CNG tanks and weighs up to 600 pounds less.

“The landscape is changing and the (Cummins Westport) ISX 12 G is behind that,” Smith says. “It’s moving spark ignited engines into regional haul segment. As the bores of the engines get bigger, we think there’s going to be a definite place for a (tank) system with a pump.”

Smith says his goal is simply for Westport to be ready with product ready to meet demands as the LNG marketplace continues to take shape.

“Today, the natural gas landscape is very much geared toward CNG,” he says, “but it is moving very rapidly toward LNG. The lion’s share of the market will always fall to CNG but we’re seeing a shift to LNG, especially among regional hauls and return-to-base operations.”

Learn how a major flatbed carrier decreased retention rates and has reported over $1 Million dollars in savings annually.
DownloadView All