On Oct. 15, 2013, Schneider National, Inc. will host its own version of Octoberfest this week when the company (whose founding family is of German heritage) commemorates the addition of a very special truck into its fleet.

Representatives of truck manufacturer Freightliner’s parent company, Daimler Trucks North America, will be on hand to personally deliver the 25,000th Schneider truck to roll off the Freightliner assembly line. Schneider’s Vice President of Maintenance & Driver Recruitment will serve as emcee during the celebration, which will take place on the front steps of the company’s Green Bay, Wis. headquarters (3101 S. Packerland Drive) on Tuesday, Oct. 15 at 11 a.m.

The relationship between the industry icons began when Schneider shifted gears in its equipment strategy in 1998, moving from cabover-style tractors to a conventional design.

The 30-minute ceremony will reflect on the 15-year collaboration between Schneider and Freightliner. The driver selected to sit at the helm of the special truck (Michael Darras of Van Wert, Ohio) will also receive the keys to his new ride during the event. 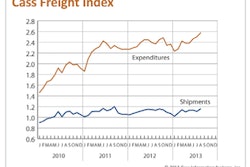 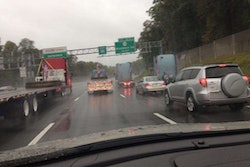