The agency issued the out-of-service order Oct. 30. Moonlight is the 11th trucking company this year to be shut down by the agency.

FMCSA says an investigation into the company last month revealed its equipment did not meet minimum standards set by federal regulations, nor was the company inspecting, repairing or maintaining its vehicles up to standard.

Also, multiple times, the company allowed drivers with suspended CDLs to operate its trucks. It also failed to make sure its drivers complied with federal hours-of-service regulations and did not conduct federally required drug and alcohol tests of its drivers.

In addition to the 11 trucking companies placed out-of-service this year, FMCSA has also shut down 10 CDL holders.

Truck accident fatalities up slightly in 2011, but down 25% in last decade 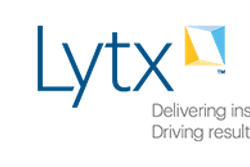