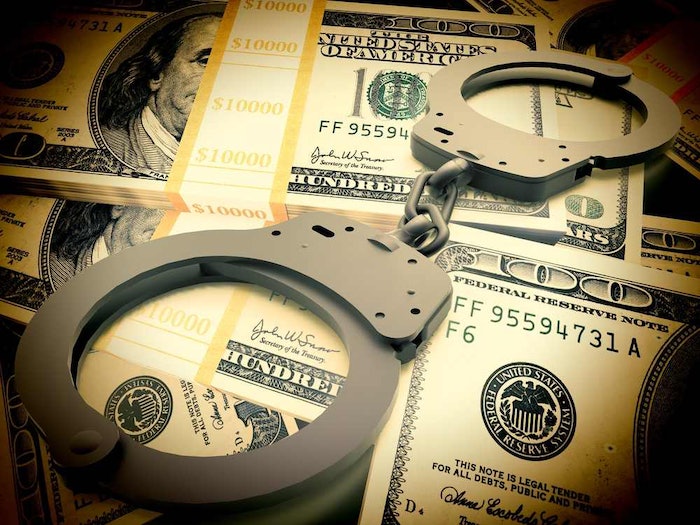 A New Jersey man is being held on bail after investigators concluded he stole more than $6 million over nearly a decade from New England Motor Freight.

Albert Thomson, 48, turned himself in to authorities late March 20, according to a statement from the Union County Prosecutor’s office. The Berkeley Heights resident is held on $250,000 bail and charged with second-degree theft by deception.

Thomson’s duties included registering NEMF trucks in states where the company operates. During 2004-2013, he sometimes allegedly would submit registration requests for trucks that were already registered. Elizabeth police say he then would pocket his employer’s cashiers’ checks that NEMF had intended to pay registration costs.

He used these misappropriated funds to pay for lavish items, including buying a Mercedes-Benz, renting a Jersey Shore residence and hiring a personal trainer, according to prosecutors.