Sen. Cory Booker is expected to offer an amendment to strip the Senate’s Transportation, Housing and Urban Development bill of its language to suspend the restart provisions of federal hours-of-service rules.

As the Senate resumes work this week on its 2015 DOT-funding bill, the American Trucking Associations said it expects an attempt will come on the Senate floor to undo work by the Senate Appropriations committee to halt certain provisions of the current hours-of-service rule.

ATA’s Chief of Legislative Affairs Chris Spear said during a conference call with reporters June 17 that he anticipates Sen. Cory Booker (D-N.J.) to propose an amendment to strike the amendment included by the appropriations committee two weeks ago.

The committee voted 21-9 to include the amendment from Sen. Susan Collins (R-Maine) that would temporarily suspend the restart requirements — the once-per-week limit and the inclusion of two 1 a.m. to 5 a.m. periods — of the current rule until regulators can further study whether the provisions will have a measurable impact on safety. The rest of the rule and its limits would still be in effect.

The amendment, however, came under fire recently after the high-profile fatal crash involving actor Tracy Morgan, with senators like Booker, Charles Shumer (D-N.Y.) and Dianne Feinstein (D-Calif.) making strong public statements against the amendment, touting the restart provisions as life-savers.

Shumer also is pushing for a quicker turnaround on the agency’s electronic logging device mandate, penning a letter to Secretary of Transportation Anthony Foxx June 16 asking him to “expedite the remaining needed reviews and issue a final rule as soon as possible.”

Despite the HOS amendment’s opposition, Spear said he’s “very confident” the suspension amendment will hold. “We anticipate debate being rekindled on the Senate floor in the coming days,” he said. “And we feel very confident that the Senate will vote again in a bi-partisan way” to keep the Collins amendment.

If the amendment does make it through with the Senate’s final version, the bill will go to a conference committee with House and Senate members who’ll be charged with reconciling the differences between the two versions.

The House passed its DOT-funding bill June 7, and it did not include the language to suspend the restart provisions.

But Spear says he’s also “very confident” the amendment would make it through the conference committee.

The full Senate is expected to begin debate on the bill the afternoon June 17. 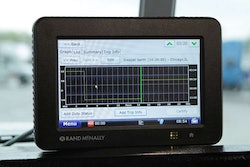 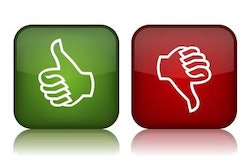 Who’s Who gallery: For and against the HOS restart suspension