Fleet executives speaking at the CCJ Summer Symposium in La Jolla, Ca., today said their experiences implementing electronic logging devices have been overwhelmingly positive for their businesses, customers and drivers.

The first point all three participants agreed upon was that the process of implementing e-logs was not cheap and did not occur quickly. In the case of Swift – an admittedly large carrier – Barker noted that the process to introduce e-logs took six quarters – a full year and a half – to complete.

Smith noted that a mandate is likely coming and, based on Con-Way’s experience, said he would recommend that fleets get ahead of the curve now before they “have a gun to their head” and have to meet government-implemented deadlines.

“It’s a lengthy, complicated process,” he noted. “And it’s hard enough to do without having to worry about meeting a deadline to be in compliance with federal regulations.”

“We wanted our own technicians trained to install the equipment,” Barker said, “so that added some time to the process. But once they were ready, we began installing equipment as our trucks came through the shops for maintenance. It was a constant flow of activity over a year and half. But even though it was a very extensive process, that went off very well. Honestly, after a time, even most resistant drivers saw what e-logs could do for them and today, they don’t like it all if the system goes down and they have to go back to keeping paper logs.”

According to Gomez, e-logs have become a powerful management tool for John Christner in that they allow quick and accurate matching of drivers with available hours and loads.

“To better manage our data flow, we contracted with a third-party company that provides a service platform showing us our driver’s virtual hours in real time,” he says. “We can also use this system to project those hours out over coming days to see what a particular driver’s hours look like right up unto the load is delivered. We’ve never had that capability before.”

Smith agreed, adding that initially drivers pushed back against the e-log initiative drivers.

“They felt it was a ‘Big Brother’ issue and wanted to know why we needed the government watching everything we did,” he said. “But, they found that it actually enhanced their productivity and paychecks. Because it allowed us to manage them better by matching them up with loads while they still have hours left in the day.” 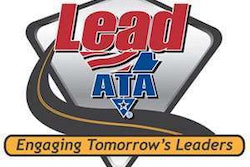