Generous unemployment benefits, stricter qualifications and fear of technology are just three reasons the pool of qualified truck drivers is smaller than it’s ever been, Gordon Klemp, who tracks driver pay and benefits at the National Transportation Institute, told CCJ Summer Symposium attendees in LaJolla, Calif., yesterday. Older drivers are also retiring at a faster rate and for the first time, for-hire carriers are competing with private fleets, such as Wal-Mart, for drivers.

Making matters worse, although driver pay has increased in all segments over the past 10 years, it’s not keeping up with inflation, Klemp said.  His presentation was part of a panel discussion, Recruiting and Retention in a Tough Environment, moderated by CCJ Editor Jeff Crissey. Steve Branch, director, marketing with C.R. England and Scott Blevins, president/CEO of Mountain Valley Express also participated in the discussion.

Fleets are using a variety of techniques to counter the difficult recruiting environment, Klemp said. Driver pay is rising in all regions and segments and sign-on bonuses – as high as $15,000 for teams and $7,500 for solo drivers – are becoming more prevalent.

“We’ve tried (sign-on bonuses) with teams and it does get attention,” Branch said. “But I’m not sure it’s increased our hiring.”

Klemp noted an increase in fleets offering guaranteed pay to help drivers deal with variable income. “One of the problems drivers have is that when income goes down it exacerbates problems at home,” he said. Guaranteed pay, “doesn’t cost the fleet much but it reduces turnover and makes the driver’s life easier.”

More fleets are also offering productivity based pay, tied to criteria such as on-time performance, preventable accidents, roadside inspection results, idle time and mpg, Klemp said. “Once introduced, no one has taken this away,” he said, “which  says a lot about how it is working.” Klemp also predicts fleets will start to include a driver pay index, similar to a fuel surcharge, in contracts, “so that there is some guarantee that the amount you have to pass on to drivers is covered,” he said.

Not all incentives are pay related. C.R. England, for example, offers drivers a quarterly chance to win a Harley Davidson motorcycle, priority dispatch, newer equipment and more home time, Branch said. Mountain Valley Express recognizes outstanding drivers with a gold star in its monthly newsletter. “I don’t think there’s anything better out there than a pat on the back from the boss for a job well done,” Blevins said.

Ultimately, the only way to improve the driver situation for the long-term is to make driving a vocation that pays well and garners respect, panelists said. “We try to coach our recruiters not to talk about this being a job, but a career,” Branch said. “Our company has a career progression model, whether they want to continue to drive or move into an office position.”

“We have to get respect and recognition for our industry and our drivers,” Blevins said. “We have to work constantly toward a better rate structure to get wages and benefits to a level that will sustain our people.” 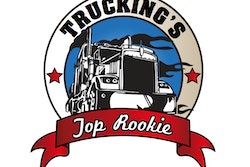