General Motors Co. dealers in the United States delivered 274,483 vehicles last month for the company’s best December sales in seven years. Total sales were up 19 percent compared to a year ago. Retail sales were up 23 percent and fleet deliveries were up 6 percent.

“Chevrolet was strong in every segment of the market, from pickups and SUVs to cars and crossovers. Buick and GMC also had strong sales across the board, and our growth far outpaced the industry average,” said Kurt McNeil, U.S. vice president of Sales Operations. “Everything you need to have a great month was in place: Consumers felt good about the direction of the economy, interest rates and fuel prices were low, and our dealers did a great job introducing customers to our incredible range of new and redesigned vehicles.”

GM’s unique three-pickup strategy – with new models spanning the light-duty, heavy-duty and mid-size segments – drove combined deliveries to almost 87,000 units in December, a 43-percent increase compared with a year ago.

Five GM vehicles – the Chevrolet Corvette and Spark, the Buick Enclave and Encore and the GMC Sierra – had their highest December sales ever.

Seven GM vehicles – the Chevrolet Cruze, Equinox, Sonic and Spark, the GMC Terrain, and the Buick Enclave and Encore – had their best-ever annual sales in 2014.

Sales to individual consumers drove GM’s results, and were the highest in 75 months. Chevrolet, Buick and GMC retail deliveries were up 25 percent, 28 percent and 29 percent, respectively, compared with a 10 percent increase for the industry as a whole. Chevrolet had its best December retail sales since 2005 and Buick and GMC had their best December retail sales since 2004.

GM commercial sales, which are about 24 percent of fleet sales, were also strong. Deliveries were up 38 percent compared with a year ago, driven by a 65 percent increase in pickup sales. December marked the company’s 14th consecutive month of higher year over year sales in the commercial segment.

Additional December Highlights (vs. 2013 except as noted)

GM will announce its full-year forecast during the North American International Auto Show in Detroit. 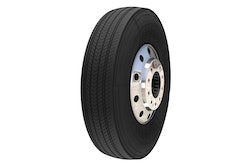 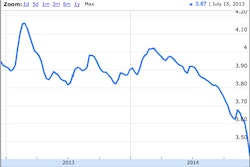