I expect 2017 to be a big year for autonomous technology in trucking as more and more states pile on what this segment to-date has lacked most: regulation.

Until there is a nationwide standard of what is and what is not allowable across the different levels of autonomy, the kind of testing needed for this technology to really take off will be held back. Without regulations, laws are left open to the interpretation of various state agencies – a risky proposition for multimillion dollar pilot programs.

Currently, nine states plus Washington D.C. have some form of autonomous regulation on the books and that number is poised to grow. In the last four years, the National Conference of State Legislatures says more than 30 states have considered autonomous vehicle legislation.

Last year more than a dozen states introduced bills on autonomy. Some failed and others are pending.

Last year closed with Michigan okaying a bill that will allow companies to test self-driving cars on public state roads and makes the Motor City among the most autonomous friendly in the country.

Michigan Department of Transportation Director Kirk Steudle says his plan is for Michigan to become the place that helps to redefine mobility for the future.

With much of the restrictions lifted from the state’s roadways, General Motors (GM) Chairman and CEO Mary Barra says the metro Detroit-area will serve as the company’s primary cold weather and winter testing grounds for autonomous technology, adding that GM will immediately begin autonomous vehicle testing on public roads in Michigan. The company is currently testing more than 40 autonomous vehicles in Scottsdale, Ariz., and San Francisco.

But Colorado, which last Fall served as the host for what is believed to be the first autonomous delivery of a commercial load, isn’t willing to cede the autonomous crown to Michigan without a fight.

The Colorado Department of Transportation (CDOT) is investing $20 million in the next year to combat congestion and improve safety through the use of technology – a project dubbed RoadX. Among the initiatives in the program’s sights is the testing of a stretch of highway with an embedded electric coil that will feed power to electric-powered trucks via inductive charging.

“Electrified roadways will use technologies that are available today,” says Jim Hanson, Akins’ North American director of intelligent mobility. He adds many smart phones and watches already on the market get their batteries refilled through inductive charging. “The idea is to scale that up.”

Atkins, a design, engineering and project management consultancy, is working with CDOT on RoadX.

A truck running 65 miles an hour down a Colorado highway while simultaneously receiving a charge is likely many years away. The initial focus of RoadX will be the ability to charge a smaller electric passenger car, possibly while parked on the side of the road.

“[To charge a moving vehicle], that kind of technology does not exist today,” Hanson says. “Then it would need to be ramped up.”

“Commercial vehicles can gain a lot of benefit from these technologies but to scale up to that level is going to take a bit of time.”

By 2018, CDOT says the RoadX program is slated to deploy technology that will reduce the cost of transporting goods by 25 percent, turn a rural state highway into a zero death road and improve congestion on Colorado’s critical corridors.

The application also includes the possible use of Penn State University’s closed track where commercial trucks, transit and other vehicles can be tested at low speeds and with controlled incidents.

While much of the nation’s 2017 political attentions will be turned toward Donald Trump’s White House, I think state legislators will begin to embrace the possibilities of autonomous transportation and push through bills that set OEMs on the fast track to making self-driving cars and trucks more viable. 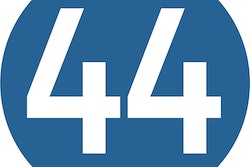 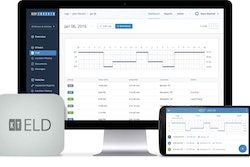 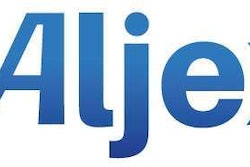