Autonomous trucking technology companies have popped up like gophers in the past 12 months, each with similar technology that can’t quite clear two very important hurdles: getting the truck on and off the highway.

“Machines aren’t really good at random change, so the reason it’s easy to self-drive on the highway is that you’re always in the right or second most right lane and maintaining a constant speed,” says Starsky Robotics co-founder Stefan Seltz-Axmacher. “What’s hard [for autonomy] is when you get off the exits, lane markings aren’t as good  … That part after the highway is super hard for a robot to do, but it’s easy for a person to do.”

Companies like Otto and its newly launched rival Embark feature sophisticated LiDar systems optimized to navigate the Interstate system, but still need a flesh-and-blood human in the driver’s seat to navigate surface roads.

Starsky Robotics’ system also uses software and front- and side-facing radar and camera systems for autonomous highway driving, but solves the issue of final-mile delivery by removing drivers from the cab entirely and putting them in an office where they can remotely operate the truck from terminal to delivery.

The company’s aftermarket retrofit kit robotically controls the throttle, steering and transmission, mirroring the driver’s input from back at the office who uses the data feed from the truck’s cameras and data feed to get a sense of its surroundings.

“Think of it as a really boring video game. It’s a truck simulator but with an actual vehicle,” Seltz-Axmacher says. “You’re turning a steering wheel. You’re working the pedals. You basically drive the truck like you would fly a drone.”

Even with the truck in autonomous mode, the driver is always in control of the truck. Seltz-Axmacher says the remote driver – or a driver in the cab – can at any time electrically or mechanically stop the tractor.

Starsky Robotics last month successfully tested its autonomous technology on a 140-mile trip with a driver in the truck. The unit operated, Seltz-Axmacher says, autonomously about 85 percent of the time. Starsky has yet to heavily test its remote capabilities on the highway, but has tested extensively in trucking yards with successful results.

For the immediate future, Seltz-Axmacher says the company plans to continue testing with a driver at the wheel but he plans to take drivers out of the truck by year’s end. He adds Starsky Robotics is currently looking to hire more drivers – with at least 5 years experience and a clean accident record – to help refine its technology for on-highway use.

“We’re not anti-trucker,” Seltz-Axmacher says. “A lot of Silicon Valley-types are barely ever talking to anyone who’s ever spent any time on the road. Our sixth employee was a truck driver. We came at this from a trucking first perspective rather than a technology first perspective. We’re this uncomfortable mix of a tucking company and a technology company.”

Many have pegged autonomous driving as the cure for a driver shortage by simply phasing humans out of the job entirely. Seltz-Axmacher says his goal is much simpler: Give drivers more home time, and make the job and the work environment more appealing – and safer – for potential applicants.

“We can essentially make hiring long-haul drivers as easy as hiring local or regional drivers,” he says, “because they get to go home every night. It gets drivers back into their communities.” 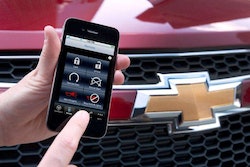 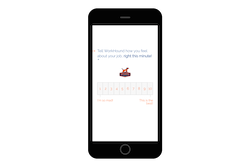 WorkHound gets $500k in funding to grow driver retention business 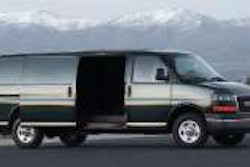