Editor’s note: This is the third and final installment in the Automating Cash Flow series. Part one looked at electronic payment systems and part two tracked the rise of business automation systems.

Perhaps no business process is more critical to the survival of a business than turning orders into cash.

As shippers and 3pls have become more strict in their auditing of freight invoices to catch errors, carriers and brokers are focusing on eliminating billing mistakes that cause delays in payments and rework that compresses their profit margins.

Most transportation management systems are able to flag specific billing requirements for each customer in the order entry process and then match these requirements with information and documents through dispatch to the invoicing process.

To set up an automated billing process in the LoadMaster TMS from McLeod Software, motor carriers can use a visual workflow module called FlowLogix. The module comes with templates and a custom flow chart design tool — similar to Vizio — for users to configure business processes for each customer, says Matt Davis, McLeod’s senior FlowLogix developer.

The automated process typically starts with the electronic capture of a proof-of-delivery receipt along with other required documents or receipts. Examples of where receipts are attached to invoices include loading, unloading and detention events that are subject to an accessorial charge.

FlowLogix compares the document and data captured from each driver to the configuration of the billing process for each shipper or “bill-to” customer in the system, he explains.

One of the features in Tailwind, a TMS system used by carriers and brokers through an online software-as-a-service subscription, can be used to require entry of specified data in an order before the order can proceed to the dispatch stage. Once the order is delivered, all of the required information that was captured in order entry and in subsequent processes flows directly through to the invoice, says Jessie Wright, operations manager of Tailwind Transportation Software.

Other invoice requirements may include a signed proof-of-delivery (POD) document. Likewise, the Tailwind system can be configured so as to not allow an invoice to be printed or emailed without a POD. To simplify the capture of POD images, Tailwind plans to release a free app in June for drivers. The app can be used by drivers to capture a photo and signature of POD documents to expedite billing.

To quickly resolve any billing discrepancies, Tailwind software designed a portal that its customers can use to give their own customers access to the status of existing orders, including when they were invoiced and the supporting details. Customers that use the portal are able to “reduce the back and forth that happens,” she says.

The app can also be used to send load details to drivers. Buttons on the app let drivers mark their arrivals and departures to capture information for possible detention billing.

Tailwind specializes in serving small to midsize transportation companies with a sweet spot in the 10 to 50-truck range, she says.

FMD Distribution, a less-than-truckload carrier based in Kearny, N.J., opened its doors in 2001 by operating a complete distribution process for Xerox, Ricoh, Canon, Sharp, and other manufacturers.

The startup company began by cobbling together QuickBooks and other computer programs but within a few years FMD had fallen behind the technology curve and problems were getting out of control. Incomplete billings were hurting the bottom line and FMD needed a way to administer its billing process much faster.

In 2015, management decided to invest in the FACTS system from Carrier Logistics Inc (CLI). After installing the new system, FMD added a new mapping enhancement in early 2016 to track drivers in real time stop-to-stop and give alerts on any shipment delays every day.

“The ability to meet both our accounting and operational needs helps us integrate all our departments and adds $2,000 to our bottom line each month by preventing lost billing,” said Deirdre Hoover, FMD operations manager.  “If the ticket is typed correctly, the bill will also be without error in its entry and distribution and FMD customers now get an alert if there is any delay to a shipment, keeping them up-to-date on deliveries.” 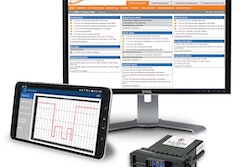 Bracing for Uber’s impact: How worried should your fleet be about market disruptors? 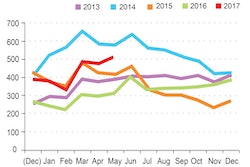