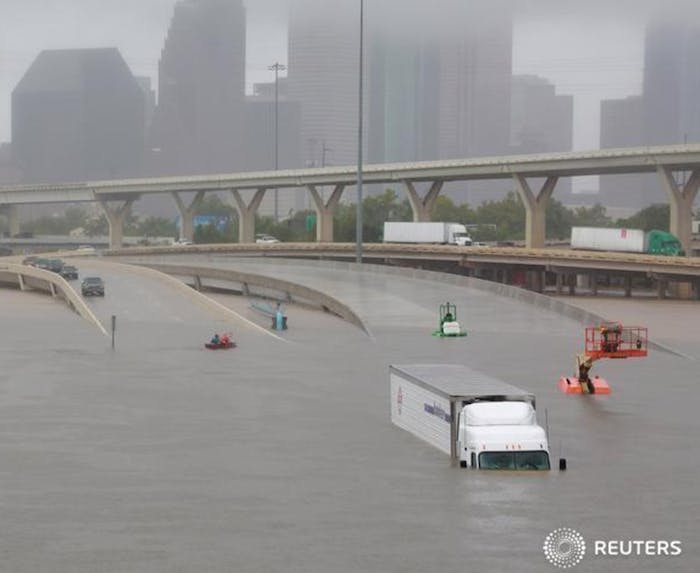 This event is unprecedented & all impacts are unknown & beyond anything experienced. Follow orders from officials to ensure safety. #Harvey pic.twitter.com/IjpWLey1h8

With Tropical Storm Harvey expected to continue dumping unprecedented amounts of rain over southeast Texas through the rest of the week, transportation officials in the state are discouraging travel in the region due to historic flooding on highways and roads.

The Texas Department of Transportation is reporting nearly 350 road locations currently affected by high water in the Houston area alone, a full list of which can be seen here. Affected roads include I-10, I-45, I-610, I-69 and numerous U.S. and state highways.

According to The Weather Channel, the storm could dump as much as 50 inches of rain in some spots, which is the highest ever recorded from one storm in Texas. As of Monday morning, parts of southeast Houston had received as much as 30 inches of rain since Thursday, the organization reports.

Additionally, the National Weather Service reports there is a possibility of a “slight restrengthening” of the storm later Monday and into Tuesday, and it is expected to produce an additional 15 to 25 inches of rain accumulation through Friday.

In response to the record flooding in the region, the Federal Motor Carrier Safety Administration’s Field Administrator for the Western Service Center and Southern Service Center declared states of emergencies for Texas and Louisiana, exempting truck drivers responding to the storm from hours-of-service and other regulations. Drivers covered under the declaration include those transporting supplies, equipment and people into or out of the states, or providing other emergency assistance resulting from Harvey.

Shocking before and after photos show the flooding and devastation in Texas following #Harvey. https://t.co/ytmpKKiGAg pic.twitter.com/XmR2TR8M3X 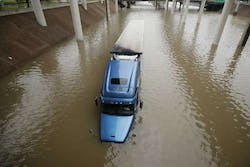 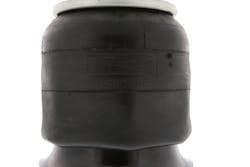 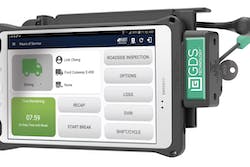 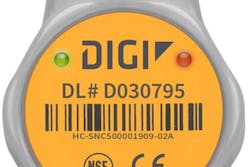