I-10, other major interstates remain closed in Louisiana from winter storm

I-10 is closed between Lafayette and Slidell in both directions, while I-12 is closed between Baton Rouge and Covington. Additionally, I-49 is closed from Blanchard, just north of Shreveport, to Ida, near the Arkansas state line. Other interstate closures in Louisiana include I-55 between I-10 and exit 23 near Ponchatoula; I-110 near Baton Rouge; I-310 between Destrehan and Kenner; and I-610 between Metairie and New Orleans.

Interstate conditions in other states affected by Winter Storm Inga remain mostly passable with patches of ice in certain areas.

Winter weather in the South has caused some interstate closures in Louisiana and icy conditions in other states, along with an emergency declaration in Alabama, prompting the suspension of hours-of-service regulations for some truckers in the state.

As of Wednesday morning, the Louisiana Department of Transportation and Development has closed I-49 near Shreveport and near the Arkansas state line, along with I-220 near Shreveport, due to ice on the roadways. On the south side of the state, I-10 is closed from LaFayette all the way through New Orleans to Slidell. Other closures include I-55 between I-10 and the Mississippi state line, I-110 near Baton Rouge, I-210 between Sulphur and Lake Charles, I-310 between Destrehen and Kenner, and I-610 between Metairie and New Orleans. The Lake Pontchartrain Causeway is also closed in both directions.

Interstates in Alabama are open Wednesday morning, but icy conditions have been reported on I-65 and I-85 near Montgomery, and travel is discouraged. Georgia is experiencing similar issues on I-85 southwest of Atlanta with icy patches on the highway.

Birmingham-based news station WBRC has reported Wednesday morning approximately a dozen tractor trailers are stuck trying to get over an icy hill on I-65 just north of Montgomery.

8am: About a dozen 18 wheelers are stuck trying to get over an icy hill on 65 NB in AUTAUGA Co..I-65 shutdown in this area bc of this @wbrcnews #wbrctraffic pic.twitter.com/fbmx8qjYmT

Alabama Gov. Kay Ivey on Monday issued a State of Emergency in preparation for winter weather entering the state Tuesday. The main impact from the storm is expected to be ice on the roadways as temperatures drop throughout the day Tuesday, according to Birmingham meteorologist James Spann. Snow is expected to fall in the state and melt when it hits the ground, then freeze soon after with temperatures dropping into the 20s as the day goes on.

Ivey’s emergency declaration suspends hours-of-service regulations for drivers providing “emergency relief” to the state in the aftermath of the weather.

#Winter Storm #Inga continues to bring #snow and #ice to the South as a separate area of snow spreads across the Northeast: https://t.co/WiK9VPDJWp pic.twitter.com/GISIRKomNv 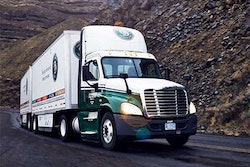 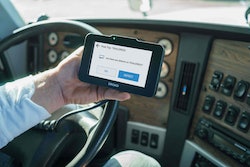