After protest by a bevy of drayage-truck owner-operators serving container ports at Seattle and Tacoma in Washington with pre-2007-emissions truck engines, managers engaged with the Northwest Seaport Alliance have agreed to delay stiff compliance requirements with the NWSA’s “Clean Trucks” program.

NWSA Co-chairs Courtney Gregoire and Don Meyer offered operators not yet noncompliant with the requirement to utilize 2007 and later emissions-spec engines by April 1 an extension through to January 1 of next year.

“We wanted to thank our industry partners who stepped away from businesses and families to share their voices and personal situations with our commissioners,” Gregoire and Meyer said in a statement. “Your engagement in the past few weeks, and truly over the last 10 years, improves our policy decisions and leads to greater benefit for our economy and community health.”

The extension comes with one significant caveat, however, requiring noncompliant trucks to be registered by owners with the Alliance to obtain the temporary permit to utilize the ports for business. It’s an approach similar to that taken by the California Air Resources Board, which allowed phased-in truck upgrades for small fleets under the terms of it’s Statewide Truck & Bus Rule for in-use equipment, provided owners registered their fleet vehicles with CARB to allow for tracking of compliance.

With NWSA in Washington, registration must take place by April 1, the co-chairs said, to take advantage of the extension, with equipment upgrades in place before the end of the year to continue operating there in 2019. NWSA managers, they added, were working to assist those needing to upgrade with access to credit. “Managing Members already authorized $1 million to partner with a not-for-profit lender that will create a $5 million to $6 million loan fund, pending approval of the Washington State Legislature.”

In that legislature, too, as previously reported, a bill was introduced that would phase out diesel-powered trucks entirely by the year 2035, and require by law 2007 and later emissions-spec power units by January 1, 2019, the date settled on for the NWSA’s delay. 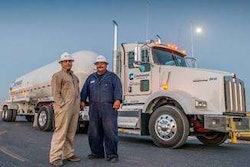 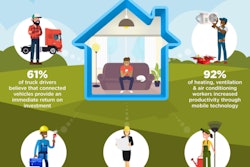