Each year since 1991, the group’s award committee ranks components and systems nominated by its members and chooses five award finalists. To be eligible, a product or service from the named year must show technical innovation, have a wide applicability and availability in trucking and offer significant operating benefits.

The first Technical Achievement Award was given in 1991 under the auspices of the Truck Writers of North America (TWNA). That organization disbanded last summer after several years of inactivity, except for the award committee.

As of last year, the annual award was named in honor of Jim Winsor, a 50-year truck journalist and TWNA member who was active in TMC and a predecessor organization. Long known, respected and loved in the trucking industry, Winsor passed away in 2015.

“2017 was a banner year for innovation and imagination in new product development,” Park says. “We began deliberations with the longest list in the history of the award but managed to get it down to just five through many hundreds of emails and phone calls. This is an exciting time to be writing about trucking and trucking technology.”

The Truck Writers of North America’s Technical Achievement Award was first presented in 1991 to Grote Industries for its red LED marker lamp and has since been awarded to companies large and small for their products and services. Winner of the 2016 award was the Cummins X15 Efficiency Series engine. 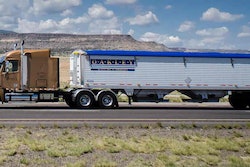 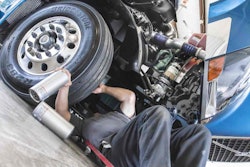