“An ordinary observer would find that the Tesla Semi fuselage is substantially similar to the [Nikola] Fuselage Patent, and that Tesla infringes Nikola’s patent,” the filing says.

A spokesperson for Tesla called the allegations meritless.

Nikola claims it has suffered damages of more than $2 billion by the alleged infringement, which it claims “has harmed Nikola’s plans by causing confusion in the market…The confusion has diverted sales from Nikola to Tesla.” Further, the suit claims, “Tesla’s infringement has harmed Nikola’s ability to attract investors and partners because investors can now partner with Tesla to have an alternative fuel semi-truck.”

When a spy photo of the Tesla Semi hit the Internet last year about a month ahead of its official debut, Nikola claims it sent a letter to Tesla notifying the company of Nikola’s pending patent applications, stating its belief that the electric Semi would infringe on those patents, “and demanded that Tesla refrain from unveiling its Semi,” the filing says.

The suit requests a jury trial.

Nikola debuted its Nikola One tractor in Salt Lake City in December 2016, almost a year before Tesla showcased its electric Semi in Hawthorne, Calif. 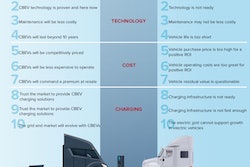 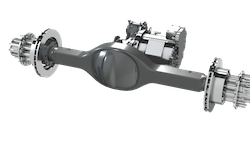