The Securities and Exchange Commission has filed a lawsuit against Danny R. Williams, former president of the now-shuttered Celadon Group subsidiary Quality Companies, alleging that he committed accounting fraud via a scheme to sell the company’s used trucks at inflated prices to third parties and then buy back the trucks at those inflated prices. The market regulator also alleges that Williams lied to Celadon’s Board of Directors about the transactions.

The SEC filed its lawsuit on May 9. Separately, Williams has pled guilty to criminal charges relating to the equipment sales, the SEC says.

The alleged scheme allowed Celadon to avoid recording losses on the equipment — the source of legal and financial troubles that plagued the company since 2017. Celadon just last month announced it had agreed to a $42 million settlement with the Department of Justice and the SEC to end a criminal investigation into its accounting practices from 2014-2016.

The Indianapolis-based giant, which operates upwards of 5,000 trucks, said in April 2018 that it had over-reported its income for those years by between $200-$250 million, due in large part to the Quality Companies’ equipment trading practices.

The New York Stock Exchange halted trading of Celadon stock in spring of 2017, delisting the company after it failed to submit required financial reports. The company’s stock was later re-listed, and trading resumed, after it filed the necessary reports.

The company also entered into a $5.5 million civil settlement over the reporting errors.

An independent auditor, BKD, discovered the accounting discrepancies in early 2017, prompting Celadon to withdraw its previously filed SEC forms, leading to its de-listing on the NYSE.

The company restructured its leadership following a $10 million loss posted in the second quarter of 2017. It also said it was restructuring its debt and ending its independent contractor program. It also discontinued the Quality Companies business unit.

“The settlements with DOJ and SEC mark an important milestone,” says Celadon CEO Paul Svindland last month. “We have now settled the governmental investigations and other legal proceedings related to the events that arose under prior management. We appreciate the government’s recognition of the significant changes we have made, our ongoing commitment to legal and regulatory compliance, and our significant cooperation in the investigations. With these legal issues resolved, we will focus on continuing to strengthen our corporate controls and procedures and pursuing a long-term capital structure and the operational turnaround of our core, asset-based truckload transportation business.” 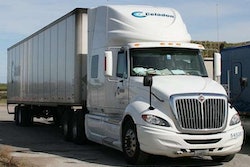 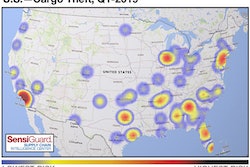