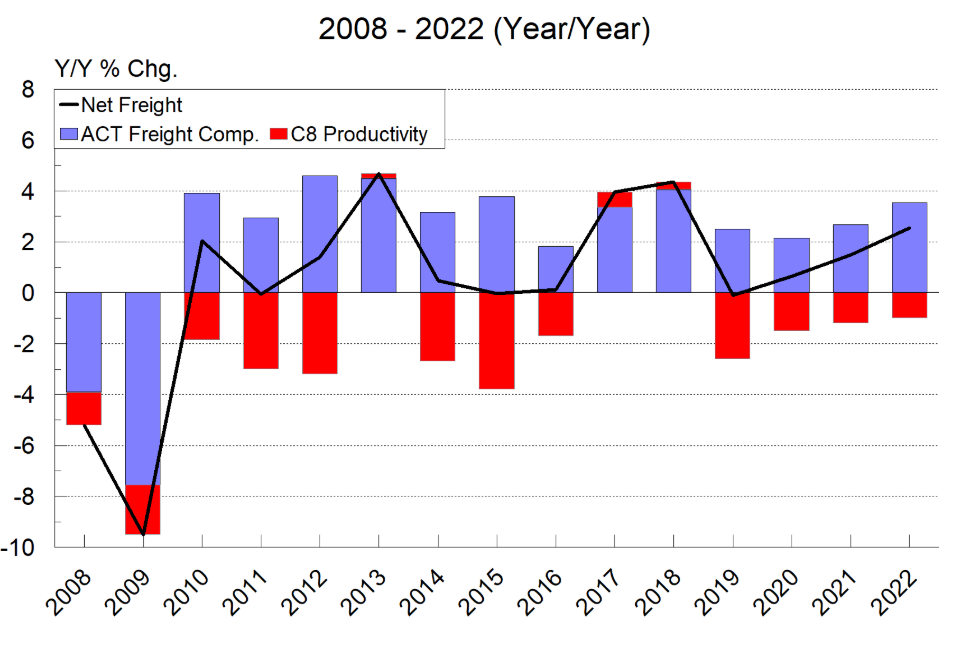 “Current Class 8 market activity is rapidly approaching the precipice and everyone should be preparing for a rapid downward correction in production levels in the next handful of months,” says Kenny Vieth, ACT president and senior analyst. “Current data and anecdotes make a strong case that the call for a Q3’19 inflection point expectation remains intact.”

Vieth says at the heart of the agency’s cycle duration prediction, carrier profitability and production peaks lag the freight cycle, “so capacity building always accelerates relative to freight growth at exactly the wrong time,” he says. “Excluding the pre-buy and housing bubble that impacted 2004-2006 cycle, peak-of-cycle build rates have historically lasted around five quarters. For this Class 8 cycle, we date peak build rates to June 2018, so we are just now entering quarter five.”