OOIDA has called PTC’s toll increases “excessive,” adding that the toll hikes “place an undue burden on interstate commerce while improperly diverting toll revenue to other projects unrelated to the turnpike.” Last April, a Pennsylvania judge dismissed the lawsuit. OOIDA appealed the decision to the U.S. Supreme Court, but the request was denied.

“By not hearing the case, the Court has essentially ensured that all highway users will be ATMs to fund everything under the sun, and from here on out, that is exactly what will happen in other states,” said Lewie Pugh, vice president of OOIDA. “We are dumbfounded that the highest court in the country thinks it’s okay for states to place the burden of solving their own bad decisions upon motorists and truckers by way of excessive tolls. It’s literally highway robbery.”

PTC said it’s pleased with the decision, but added that the lawsuit helped bring the turnpike’s funding issues to the attention of state leaders.

“We are pleased with the U.S. Supreme Court’s decision,” said PTC CEO Mark Compton. “However, the truckers’ lawsuit did propel the burdensome funding obligation the PA Turnpike is currently under, as well as its impact on our customers, into the limelight. It is of paramount importance to keep leaders focused on the future funding of all transportation needs in the commonwealth.”

Tech companies seek waiver to allow mirrorless rearview systems
The makers of a digital mirror system that replaces the standard rearview mirrors on trucks have requested a waiver from the Federal Motor Carrier Safety Regulations that require physical mirrors on trucks.

The companies’ system replaces the standard large side mirrors on trucks with two interior monitors and two exterior cameras that are mounted above the cab, which the companies say improves the driver’s view and cuts down on blind spots.

FMCSA is accepting public comments on the request here through March 2. 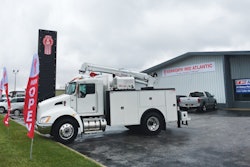 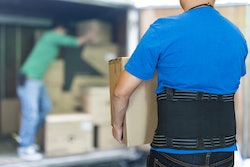