A 5.5-cent gain during the most recent week ending Jan. 24 has the national average for diesel prices at its highest since September 2014, according to the Department of Energy’s weekly report.

Prices increased in all regions across the country last week, with the most significant increase being seen in New England, where prices jumped 7.9 cents.

The cheapest fuel can be found in the Gulf Coast region at $3.531 per gallon, followed by Midwest at $3.656 per gallon.

ProMiles’ numbers during the same week saw fuel prices increase by 6.1 cents, bringing its national average to $3.612 per gallon.

Mack Predictive Cruise combines the Mack mDrive automated manual transmission (AMT) with GPS, monitoring driver speed, engine load and road topography, memorizing those conditions when cruise control is set. The next time the driver travels the same route, Mack Predictive Cruise will communicate to the transmission to ensure the optimal gear for fuel efficiency is chosen.

The company says its system can increase fuel efficiency by up to 1% and does not require a constant GPS connection. After a short connection to GPS, Mack Predictive Cruise recognizes the hill, sends the communication to mDrive, which automatically knows the optimal speed and gear strategy for the upcoming terrain.

Mack Predictive Cruise constantly monitors speed, engine load, weight and the road gradient in order to select the best gear for the road ahead. When approaching a hill, Predictive Cruise allows slightly more speed. The mDrive AMT then maintains the highest gear possible, remaining in that gear and preventing downshifts if unnecessary to crest the hill. Econo-Roll, which temporarily disengages the driveline before the downhill descent, allows the truck to roll, reducing fuel consumption.

When traveling downhill, Mack Predictive Cruise maintains vehicle speed, utilizing kinetic energy and softly applying the engine brake. Because the hill is stored in the vehicle’s memory, Predictive Cruise recognizes it and knows when the gradient will even out, allowing the truck to maintain its speed for the next incline. 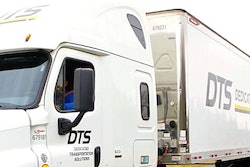 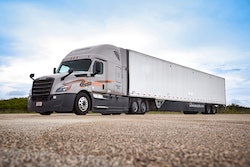 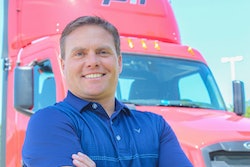 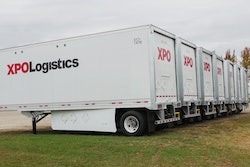