Jason Cannon, CCJ chief editor
Aug 22, 2022
Under the terms of the purchase agreement, CFI will continue to operate from Joplin, Missouri, under its own brand and current leadership team.
CFI

Heartland Express (CCJ Top 250, No. 42) is acquiring Contract Freighters (CFI) non-dedicated U.S. dry van and temperature-controlled truckload business and CFI Logistica operations in Mexico for $525 million. The deal does not include the CFI Dedicated or CFI Logistics U.S. brokerage operations.

In late 2021, CFI, a subsidiary of TFI International (No. 7), reorganized and expanded into five service categories – three asset-based services with truckload, dedicated and temp-control; and two non-asset services, Mexico and Logistics.

At the close of the transaction announced Monday, Heartland Express will be the eighth largest truckload fleet and third largest irregular route, asset-based truckload carrier in the U.S., and will receive about 2,000 tractors, 7,800 trailers and 2,800 employees in the deal. CFI’s Mexican logistics business has a network of nearly 200 C-TPAT certified Mexico carrier partners.

CFI will continue to operate from Joplin, Missouri, under its own brand and current leadership team. CFI also owns facilities in Laredo, Texas; West Memphis, Arkansas; Taylor, Michigan; Sanford, Florida; and Nuevo Laredo, Tamaulipas, Mexico. These six locations will be acquired by Heartland and bring its total to 30 owned terminals across the U.S. and Mexico.

"CFI has exactly what we look for as we expand – significant scale, a respected and recognizable brand, capable management, safe and experienced drivers, a strong asset base and a complementary terminal network," said Heartland Express Chairman, President and CEO Michael Gerdin. "We believe CFI’s drivers will benefit from our extensive owned terminal network, in which we have invested millions of dollars to improve our drivers’ experience. As with every acquisition, our plan is to capitalize on each other’s strengths and improve consolidated profitability."

CFI’s strengths lie mostly in the north-south midwestern corridor and will add to Heartland Express' driver and customer capability. CFI's cross-border expertise "will help us capitalize on the expected long-term freight volume benefits of near-shoring activity by manufacturers," Gerdin added. "At the same time, we can offer the CFI people a home that is entirely focused on their core – high-service, irregular route, asset-based truckload freight transportation. Over time, we expect to gain meaningful synergies and operate our consolidated business on a larger scale at our historical margins.”

"CFI’s people have been a small part of big companies for the past 15 years, and we wanted to find them a permanent home with a leader in the asset-based truckload industry to show what they can accomplish," he added. "We could not have found a better match culturally and financially for this transaction, which will afford CFI the opportunity to flourish..."

Gerdin said his goal is to minimize change experienced by drivers and customers and will work with CFI’s management to optimize the consolidated freight networks across Heartland Express and all its subsidiaries, "as well as enhance driver recruiting and retention, realize purchasing economies and reduce overhead per truck."

Heartland Express in June acquired Roaring Spring, Pennsylvania-based Smith Transport (No. 111). This year has been a hot one for mergers and acquisitions among trucking fleets, particularly among CCJ's Top 250 for-hire carriers. There have been 13 mergers and acquisitions since the beginning of June among the Top 250. To date 23 Top 250 fleets have struck 21 deals this year. 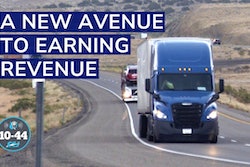 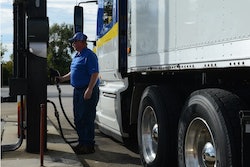 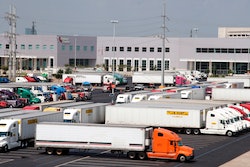 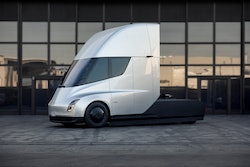